Councilman Serratto reaches out to neighborhood in district 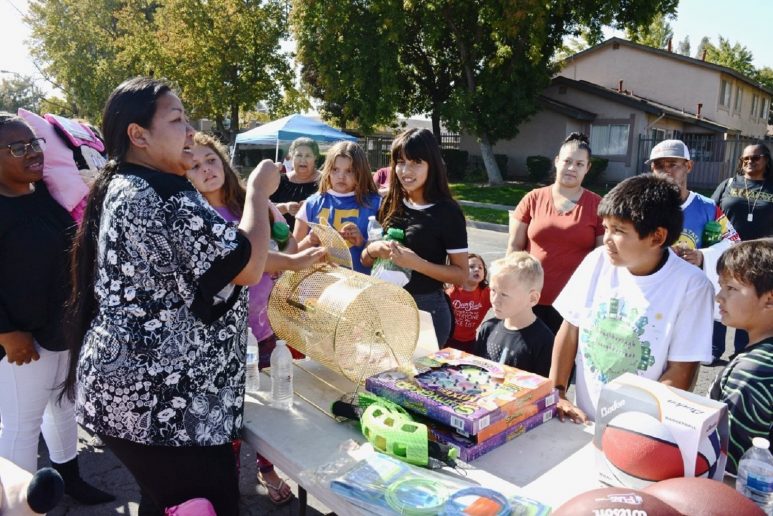 Sue Bangon Emanivong of the Tsunami Organization leads a raffle drawing for prizes. 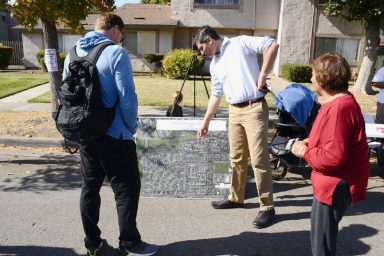 Councilman Serratto looks over a map with Police Chief Goodwin as they discuss the need for a new speed bump on a busy street in the neighborhood. 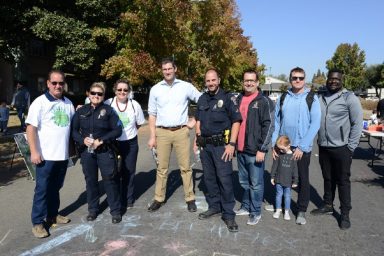 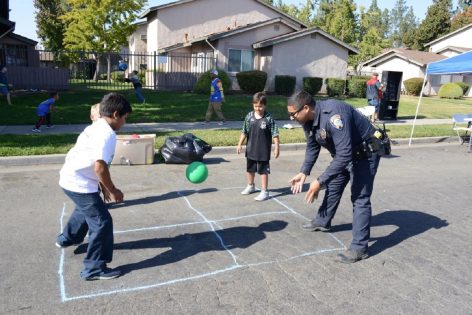 A Merced police officer plays a four-square game with children near the Merced Meadows Apartments.

Merced County Farm Bureau Executive Director Breanne Ramos explains the use of various agricultural products to neighbors in the Loughborough/Meadows area of Merced. 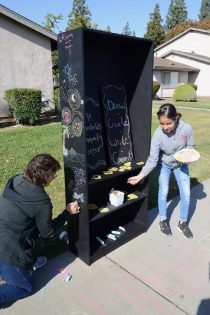 Artist volunteers help paint a bookcase for the community center at the Meadows Apartments.

District 5 Merced City Councilman Matthew Serratto led the effort for a Block Party / Town Hall in the neighborhood bordered by the avenues of Loughborough and Meadows last Saturday.

Serratto told the Times the event was held as an opportunity for city leaders to meet up with residents and listen to their concerns and come up with solutions to improve quality of life in the area.

About 3,000 residents live in the neighborhood and some of them have pointed out various problems including the need to improve sidewalks, landscaping, lighting and storm drains. Public safety officials have also reported gang activity in the area in recent months.

Serratto is trying to create a Neighborhood Improvement Project to address concerns, and to perhaps be used as a model for other areas across the city.

Also, a 7-acre lot just east of Meadows (and behind In-Shape City on R Street) is being looked at for commercial development with the possibility of including a public park or community center.

Serratto said reports taken from Saturday’s event will be discussed at the Merced City Council meeting on Dec. 2.