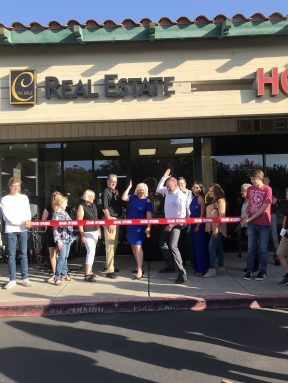 At the ribbon-cutting ceremony, Concierge Real Estate Services owner/broker Kori Smith and Dr. Leroy Westerling gave the ribbon a karate chop prior to cutting it.  The karate chop was to acknowledge National Realty Safety Month, which takes place in September. 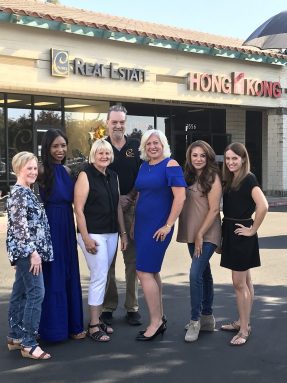 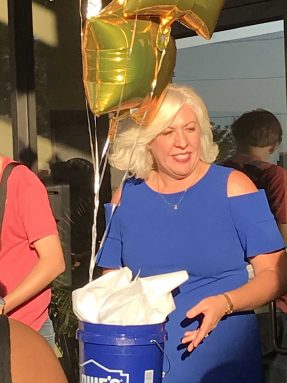 Concierge owner/broker Kori Smith handled the raffle drawing during the event.  The Grand Prize was a $250 Lowe’s gift certificate. 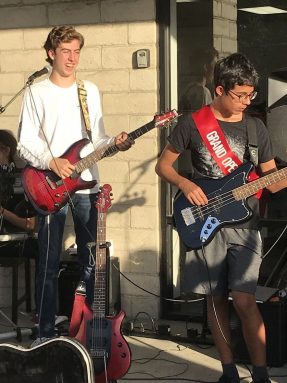 A crowd gathered to enjoy the Grand Opening and Ribbon Cutting ceremony celebrating the second location of Concierge Real Estate Services at 3558 G Street, Merced, in the Raley’s shopping center.

The office deals in fine homes, ranches and estates, and is now serving the Central Valley, agriculture, UC Merced and Merced College.

Concierge’s initial place of business can be found at 4989 Highway 140, in Mariposa.

The big event on Sept. 25 was an opportunity for those attending to meet broker/owner Kori Smith, realtor David Putonen and the other agents and staff members, and listen to the guest of honor, Dr. Leroy Westerling, a UC Merced professor.

There was a spirit of fun and excitement during the event, and all the Concierge team members were smiling and laughing while they chatted.

She explained, “I will be in the Merced office once or twice a week.”

“I started with Cathey’s Valley Real Estate and have sold real estate for 19 years.  I’ve been a broker for three years.

“My grandfather, Karl Baumann, was my mentor.  He was on the founding Board to bring in U C Merced.

“He bought 1,000 acres and turned it into Whispering Oaks, a real estate development in Cathey’s Valley featuring three to five-acre lots with custom homes.”

Calling attention to the live band playing at the event, Smith said, “This is Seven Dollar Lemon, and my son who attends Mariposa High is in the white t-shirt, playing with his friends.”

While listening to music and socializing, guests were invited to tour the new office, help themselves to an assortment of delicious sandwiches catered by Jantz Café, and serve themselves a glass of Chardonnay provided by Butterfly Creek Winery of the Sierra Foothills.

When it was time for the Ribbon-Cutting, Smith and Dr. Westerling pretended to sever the ribbon with a karate chop before cutting it.  The reason for the karate chop was to acknowledge National Realty Safety Month that takes place in September, and Smith recognized the importance of safety for her staff members.

A representative from the office of Congressman Jim Costa presented Smith with a certificate of recognition, and John Price of the Greater Merced Chamber of Commerce did so, as well.

Dr. Leroy Westerling, a Professor of Complex Systems, who started with UC Merced 14 years ago when the campus had 200 students, bought a home in Mariposa from Concierge Real Estate Services which he is exceedingly proud of.

He said, “The home has a historic Craftsman mission look.  It has a 60-foot tall ceiling like a national park lodge.  After it was built in the 1930’s, Ansel Adams bought it, and some judges later lived there, and then Adams’ son and daughter-in-law bought it in 2007 and used it for fundraising for the arts.”

Dr. Westerling was so impressed with the home that he made an offer on it as soon as Kori Smith showed it.

He also owns a house across the street which he bought from Smith, which he described as a 1960 bungalow renovated like a modern Japanese mountain hut with fossils set in the shower floors and counter tops.

He plans to make the garage into a studio for his 15-year-old daughter who likes to create surreal watercolor paintings.