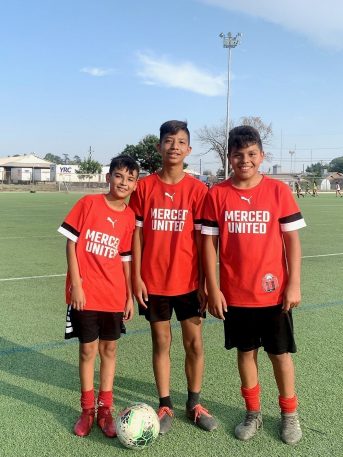 Soccer players in town are developing in a positive direction through the Merced United organization. 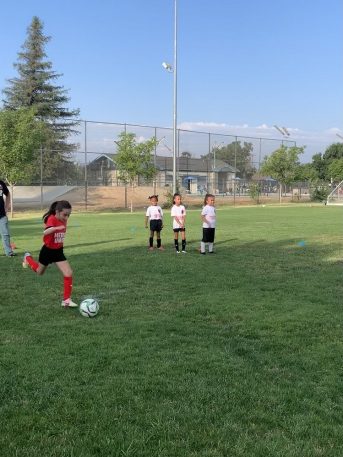 Players practice footwork as they take shots on goal. 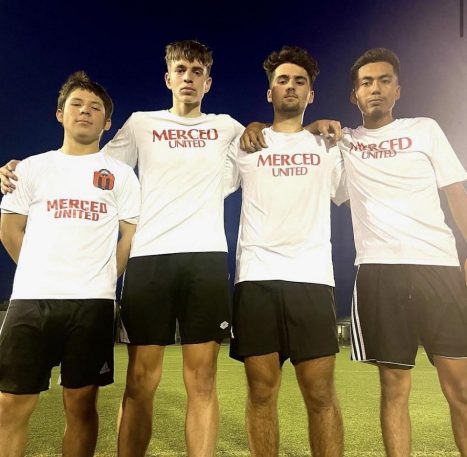 Merced United UPSLs next game is scheduled for Saturday, Oct. 9 at McNamara Park at 7 p.m. Merced United will be playing against JASARWC — a semi pro team from Redwood City. 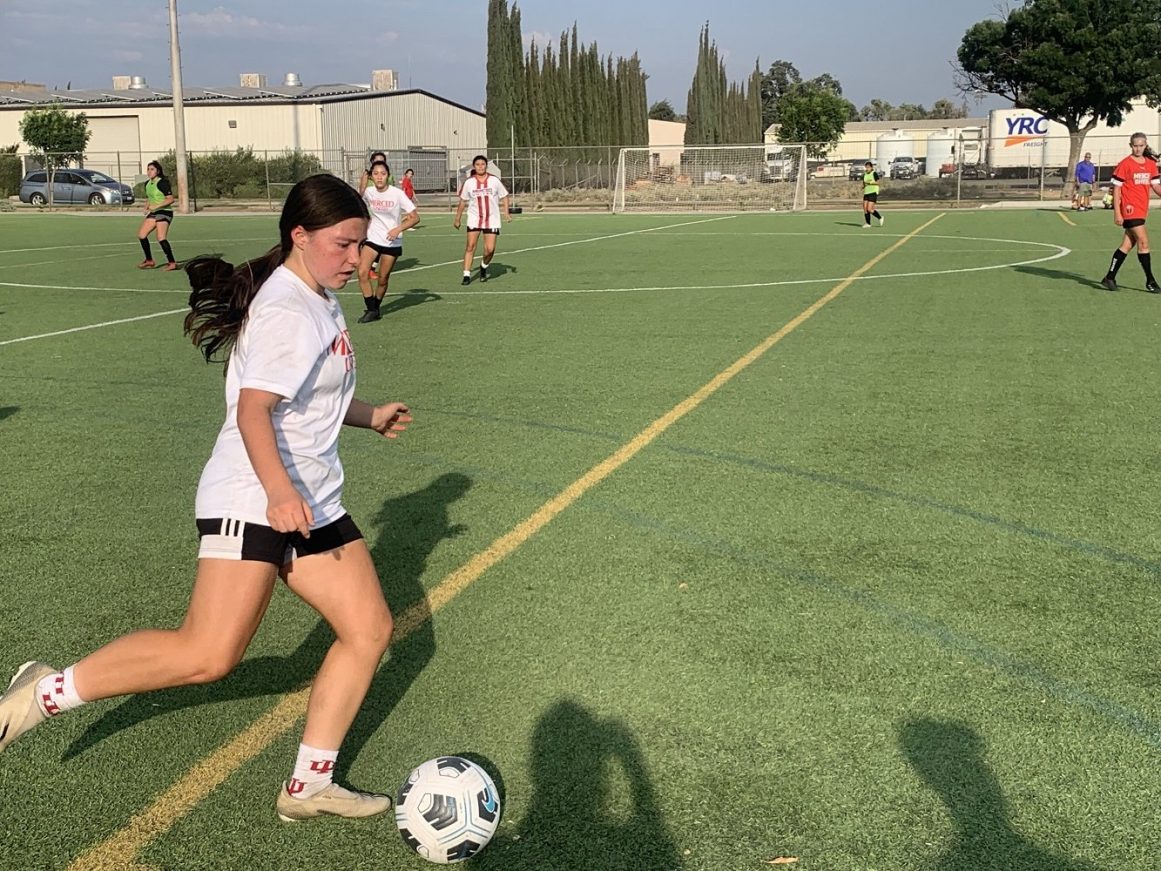 Integrity, sportsmanship, and forming a unified sense of community are at the heart of Merced United’s core values. Every week, the teams in this soccer organization practice and compete at McNamara park, proving that dedication and consistency are creating opportunities for more and more local players.

Since its start 1979, Merced United has seen plenty of changes in the local soccer scene, including a league merger with Club Leon in 2018. Now, three years into the merger, Merced United leaders are touting a greater community presence for both kids and adults in the region.

“Merced is a soccer city,” says Daniel Pulido, president of Merced United. “Merced loves the game. I truly believe having a team like ours available to our youth is capable of bringing everyone together.”

The league has playing opportunities for residents 4 years of age and up. Players are participating recreationally, competitively at a local level, or on the United Premier Soccer League (UPSL) — a pro league that competes for a chance at the U.S. Open Cup.

“Playing in the Lamar Hunt U.S. Open Cup is a huge motivating factor in joining the UPSL,” Pulido says. “Competing against the best in the region using local players and players from our youth ranks is one of our top goals. We want to grow the game in our area while building a community-supported club.”

Pulido believes in the talent of Merced players. He became involved with the team back in 1995 when he played for the city league known as the Merced Youth Soccer Association. His love for playing the sport was unfortunately cut short only two years later in 1997 when his kidneys began failing and he started dialysis.

“I didn’t get back on until 2017 when I began coaching a recreational league,” he explains.

The love for his community was enough to keep Pulido going and he isn’t the only one. There is an entire community-driven team behind the teams that make up Merced United. A collaborative effort of about 50 people who are coaching, volunteering, and supporting the league’s movement.

“I honestly think that Merced United is the most important nonprofit in Merced,” says Christopher Bernal, vice president of Merced United. “It not only gives kids a sense of community, but it also creates identity and gives them a place where they can be themselves. At the end of it, this is a public health service. … We are a public health organization.”

“One of the biggest elements of this sport — for both boys and girls — is that they are involved in a sport that is organized and formed through values,” says Juan José Mendoza Figueroa, the club’s director of coaching. “We teach them respect, solidarity towards their teammates, to be a good student and to build good character. Aside from the sport, these are important values to have as a player, whether they play good or bad. It’s part of their formation.”

Soccer is not just a sport. For many players, the teams are a chance at opportunity. It’s a time to reflect on their athletics, their sportsmanship, their goals. The dream of going pro, or building a career based in sport, is still alive and kicking.

“We want to open doors for our kids,” Pulido says. “Previously these doors may not have been open to our players but now the opportunity is there for them. We teach our kids to fight for Merced, we know they can make it from here. There’s a different type of strength here. We believe anything is attainable.”

Although the sport of soccer is extremely popular in local communities, there are many setbacks the league still faces.

“We unfortunately do not have enough quality fields in Merced for our players,” Pulido says. “One of our goals is to build our own soccer complex for our teams. We are still building our foundation but there are so many things we want to be able to do in the future”

Through community sponsor funding and other avenues, the league hopes to build Merced United into a fully functioning sport outlet for all residents. But they cannot do it alone.

Merced United UPSLs next game is scheduled for Saturday, Oct. 9 at McNamara Park at 7 p.m. Merced United will be playing against JASARWC — a semi pro team from Redwood City.

For more information on Merced United, visit their website online at: mercedsoccer.com.