Colorful Field of Honor comes to a close 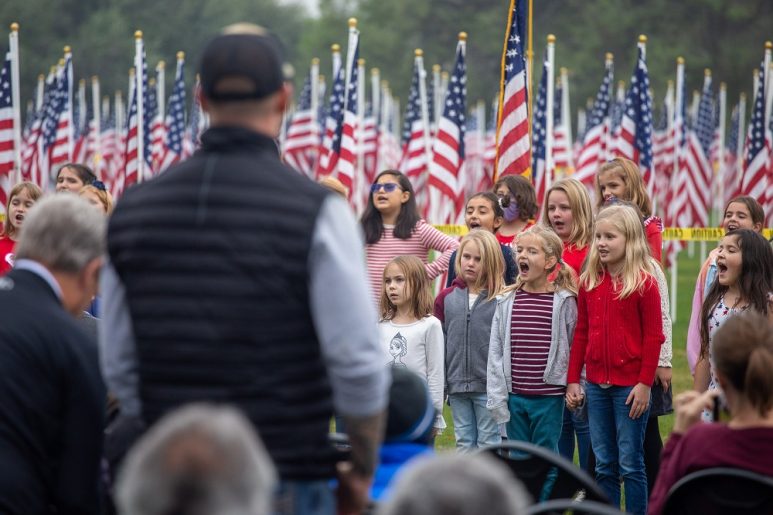 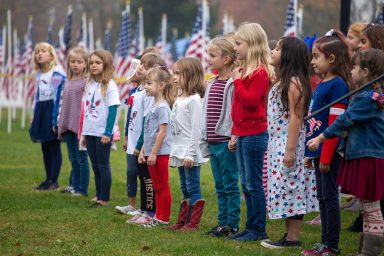 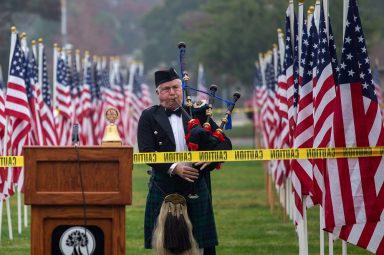 A rendition of Amazing Grace is performed during the Closing Ceremonies. 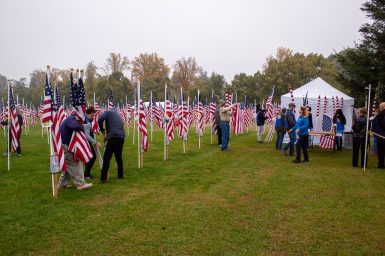 Community volunteers help residents retrieve their flags from the Field of Honor during the Closing Ceremonies on Sunday. 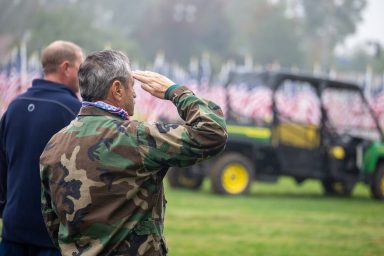 A veteran salutes during the playing of Taps. 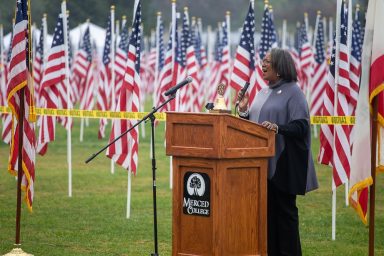 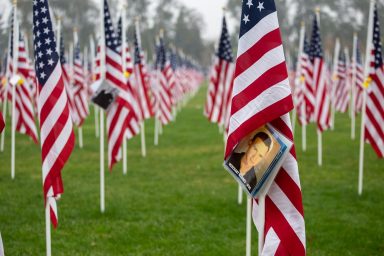 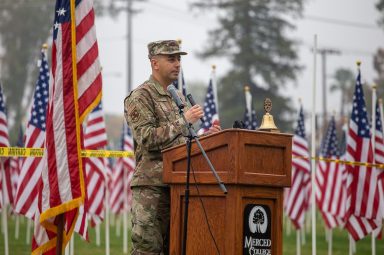 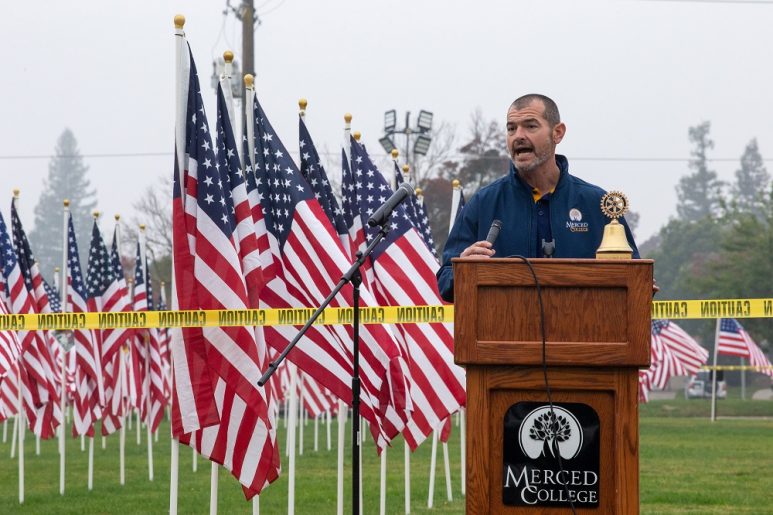 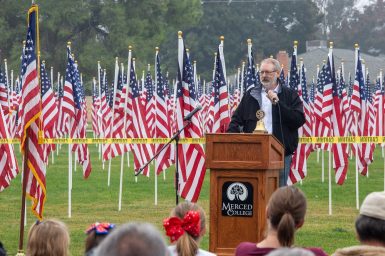 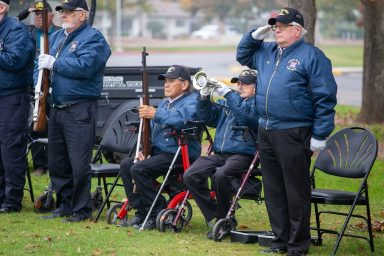 A 21-Gun Salute along with the playing of Taps caps off the Closing Ceremonies on Sunday. 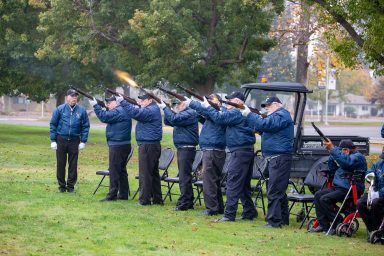 A 21-Gun Salute along with the playing of Taps caps off the Closing Ceremonies on Sunday.

Residents filled the front lawn of Merced College last Sunday for the Closing Ceremonies of the 9th annual Field of Honor.

Held in partnership with Merced College and the surrounding community, the Field of Honor highlights the service and sacrifice of local military veterans with a vast display of hundreds of American flags placed by local residents.

“The Field of Honor represents a testament of our appreciation for our veterans,” said Mike McCandless, vice president of Student Services at Merced College. “Having it at Merced College also shows the pathway our student veterans have to successful academics and careers through higher education. California serves the highest number of veteran students in higher education, with nearly 40 percent of these students attending community colleges. As such it is up to us to provide the access, services, and support that out student veterans need to succeed. By definition our student veterans are non-traditional students. Many of our veteran students are balancing other priorities and commitments along with their academics.”

Chief Sargent Ramon Lopez of the 144th Air National Guard out of Fresno served as the event’s keynote speaker. Growing up in Livingston before becoming an active duty member of the Armed Forces in 2002, Lopez would find himself serving in Iraq and around the world as a mechanic on C-17s before making his way to the Fresno Air National Guard.

“It feels good to see such a large representation in my own backyard with these flags behind me, the volunteers, and supporters,” Lopez said. “We truly could not do anything without you and we appreciate it.”

Recalling his military deployments, Lopez said every banner that read “Good Luck” or “God Bless You” was noticed, and every care package from elementary schools, Rotary Clubs, and other community members was appreciated.

“What I’m trying to say is — we had plenty of support and it did not go unnoticed and we appreciate that. We put our lives on the line for the greater good and for you all, for our community and our country. So for that, these flags and our dedicated service, I say thank you for your sacrifices. … On behalf of the men and women of the 144th, I salute you. Thank you.”