Celebrate The Halloween Spirit With Coraline 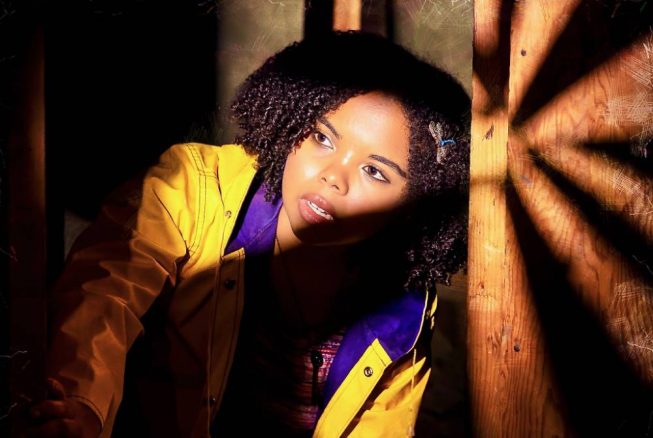 Janai Chambers as Coraline. Perfect for Halloween, Coraline the Musical is on show at Playhouse Merced. 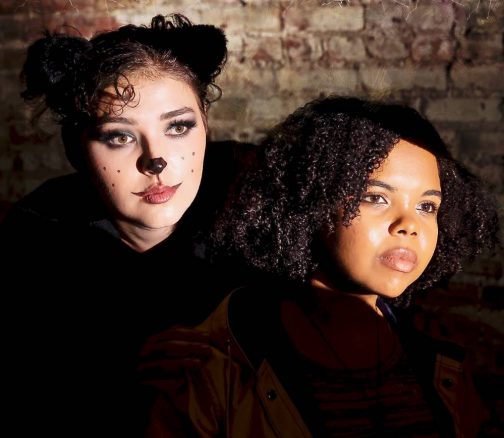 Hailey Paulissian as Cat, along with Chambers as Coraline.

Make your way to Playhouse Merced this month and treat yourself to a performance of Coraline the Musical, written by Stephen Merritt & David Greenspan, and directed by Rachel Battisti.

Accompany Coraline through her adventure to the home of her other mother, and see her face all of her greatest fears. This thoughtful adaptation of the award-winning bestseller by Neil Gaiman perfectly embraces the spooky and creepy atmosphere of the source material while introducing fun as well as emotional music that fits perfectly.

The show runs Thursday-Saturday evenings, starting at 7:30 p.m., through Oct. 29. A special Halloween Night Show will be at 6 p.m. Wear a costume! However, due to Playhouse policy and subject matter, children under the age of 6 are not permitted.

Additionally, this show has an associated Halloween Raffle, where you can enter for a chance to win a copy of Coraline signed by its author for $10 per ticket. Winners will be announced at the Oct. 31 Halloween performance.

After months and countless hours of dedication to this show, the public can finally see what the people at Playhouse Merced have been up to. The whole playhouse has been decorated to celebrate the Halloween sprit and the spooky atmosphere of Coraline. The playhouse was even able to bring in local muralist and digital artist, Jaden Key, to paint the set, which ended up as a work of art to admire on its own. All of the performances are top notch, and each character is uniquely brought to life as well as vibrant. You can clearly see how much effort they put into studying and practicing their parts. Another highlight of the show is the phenomenal costume design.

“I want to thank so many people for their contributions to this show,” said the Director Rachel Battisti on opening night. “My fellow staff members have gone all in to make sure that I am supported in every way possible. The cast has gone above and beyond both in and out of rehearsals, with several even stepping up to help with costumes and set pieces. Thank you to Chad Phillips and Merced College for allowing us to borrow some pieces for our set. I also want to thank my husband Chris for all of his support through the rehearsal process. We hope that you enjoy being immersed in the world that we have been living in, and thank you for supporting life theater in Merced!”

Starring in the show are Janai Chambers as Coraline, Niecy-Rae Irby as Mother, Alejandro Arellano as Father, Hailey Paulissian as Cat, Pamela Quevedo as Other Mother, Matthew Rivera as Other Father, Samantha Strobel as Miss Spink, Heather Ybarra as Miss Forcible, Dylan Bagwell as Mr. Bobo, and many more in supporting roles and the ensemble as well as an entire cast of dedicated understudies who will make the occasional appearance. The production crew is made up of Zak Dimpel-Alvarez as musical director, Tess Barclay and Maggie McSwain as stage managers, Christina Silveira, Jaden Key, Jeshamon Volkerts, Matthew Rivera, Hailey Paulissian as set designers, and many more hands behind the curtain to make this show the best it can possibly be.

The artistic director of Playhouse Merced, GB Blackmon III stated, “On behalf of our Playhouse Board of Directors and our staff, we would like to thank you for your continued patience, kindness, generosity, and support. We graciously welcome you and your families back to our Playhouse as we continue to enrich and engage our community through theater arts education and live stage entertainment. We hope you enjoy our production of Coraline the musical!”

There are a variety of events and opportunities coming up next for Playhouse Merced in November. On Nov. 12, at 11 a.m., there will be auditions for Sondheim on Sondheim, directed by GB Blackmon and musically directed by Dennis Brown. Participants will need to come prepared with 16 bars of music. The Perennial Players will be presenting its Holiday One Acts Nov. 10-19, and is directed by Sandy Hay, Richard Barnes, and Sandra Hilll. For tickets and more information regarding classes as well as other upcoming events/shows, please go to their website www.playhousemerced.com.