Castle Headquarters Building Is Demolished … But Why? 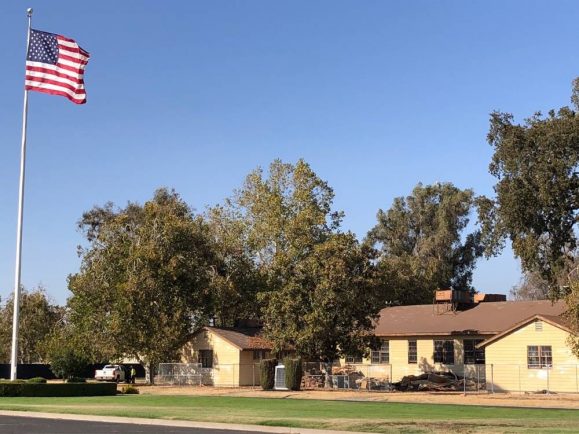 The Command Headquarters building at the main entrance of the former Castle Air Force Base was demolished recently. 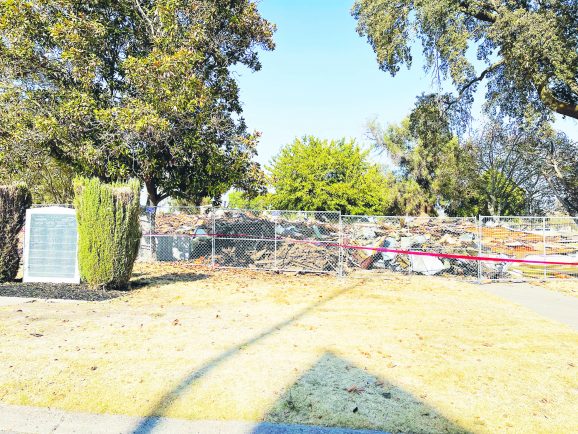 We could not believe our ears when Joe Pruzzo told us the command headquarters building at the former Castle Air Force Base had been demolished.

If there was ever a historical landmark which many local Air Force veterans identify with, this was one.

Without so much as a public notice, the building at the main entrance of the old base — where the circle of flags is located — came down.

What possibly could have been the reason? Was there need for more space for new buildings? Had Castle Development signed a contact with McDonald’s or Taco Bell?

Has all the vacant land at Castle been used up?

The space devoted to driverless car research is tremendous, and at one time, the Castle Development Center was talking about cutting off 200 feet of existing runway at the airport. Why?

Little by little, the role which Castle has played in our past history is being destroyed.

Perhaps tearing down the old barracks was necessary. They outlived their usefulness, even though we felt they would have been good housing for the homeless.

We know about making Castle a “Rail Hub” to off load trucks and put them onto rail cars. We did think that was a good idea, but the one engine we currently see just sits there, and has not been put into action. When will this happen?

The Castle parade grounds, and the old Castle headquarters, were not in the way of this and other developments. They were symbolic of the wars and the airmen who flew those planes. Those memories die slowly.

The Castle Air Museum stands as a sentinel of what used to be. It attracts a surprizing number of tourists to Merced County on an annual basis.

Merced County needs to be careful of losing its historic buildings, like the heaquarters of Castle Air Base. You take one and then another and what do you have? Just another valley county with no heritage to speak of.

This erosion of our historic sites needs to stop.

Shame on the process of government which has allowed this demolition with so little announcement. We think if the people of Merced County had known the building was to be torn down, there would have been a picket line around it.

This publisher would have been one of the people in that picket line.

Castle Air MuseumCastle HeadquartersDemolishedFriends of the Merced County Fair Board