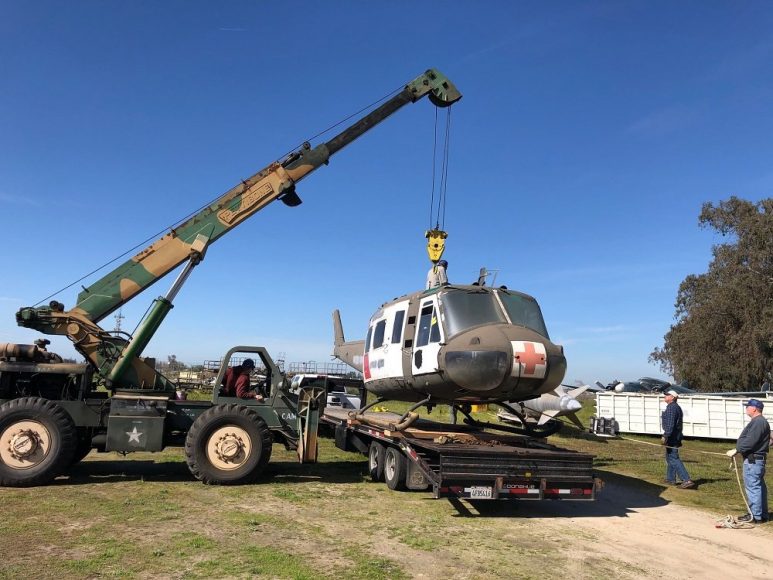 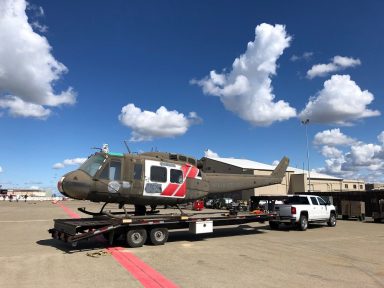 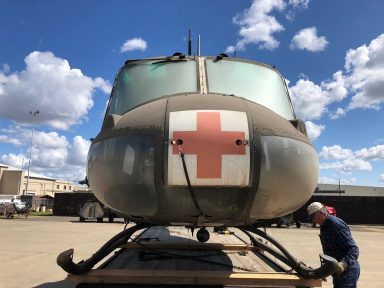 The “Huey” is one of the most iconic aircraft from the Vietnam War, and will join the other 74 aircraft on the air museum’s grounds in the future.

Currently, it’s in the maintenance area of the museum since it is missing a few parts and will be need to be restored prior to taking its place in the world class collection.

Castle Air Museum Executive Director Joe Pruzzo told the Times, “Our mission is to preserve our military aviation history for future generations.  The Huey is a helicopter the museum has desired for its collection over the past couple of decades.  It’s because it is an aircraft that is really synonymous with the Vietnam War.

“The Huey was built by Bell in about 1967.  The actual nomenclature is UH-1, but it was nicknamed ‘Huey’ because UH sounded like Huey.

“It is a long-lived Army helicopter with a myriad of uses, like providing supplies to troops in the jungles of Vietnam.  It was also used for air lifting ground troops into a combat zone; in a medical evacuation role; and as a gun ship to suppress the enemy from the air.

“These helicopters began to be phased out in the 1980’s when the Army went with the Apache Ground Attack Helicopters and the Black Hawk Helicopters.

“The Huey was located at the Cal Fire Aviation Maintenance Base at the former McClellan Air Force Base in Sacramento.

“We were notified through the Department of General Services because as a non- profit we are eligible to receive surplus property.

“We were asked if we were interested in the beginning of December, and said we were.  We were notified that we were awarded the helicopter during the third week of February.

“A generous contribution toward the Huey’s arrival was made by Jameson Harvesting in Turlock in the way of volunteering to haul the aircraft to the air museum from Sacramento.

“It will definitely be something that Army veterans can relate to, along with the CH-47 Chinook Helicopter, which has been at the museum for about five years.