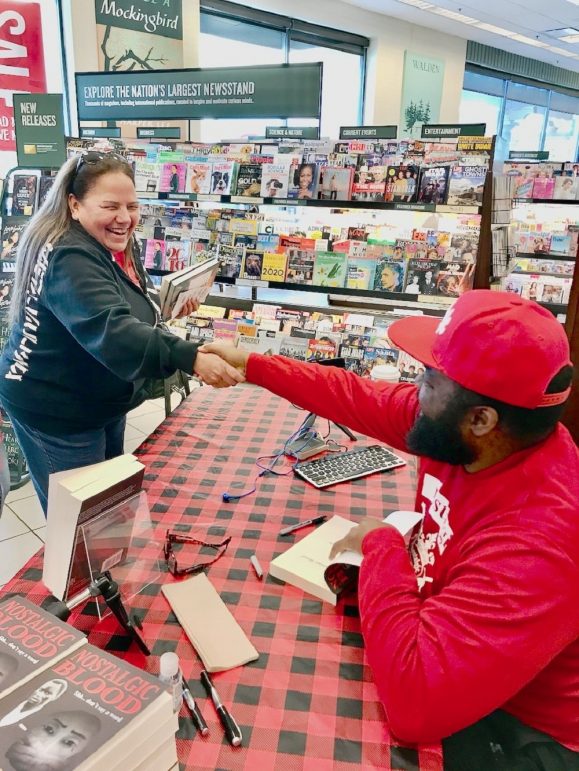 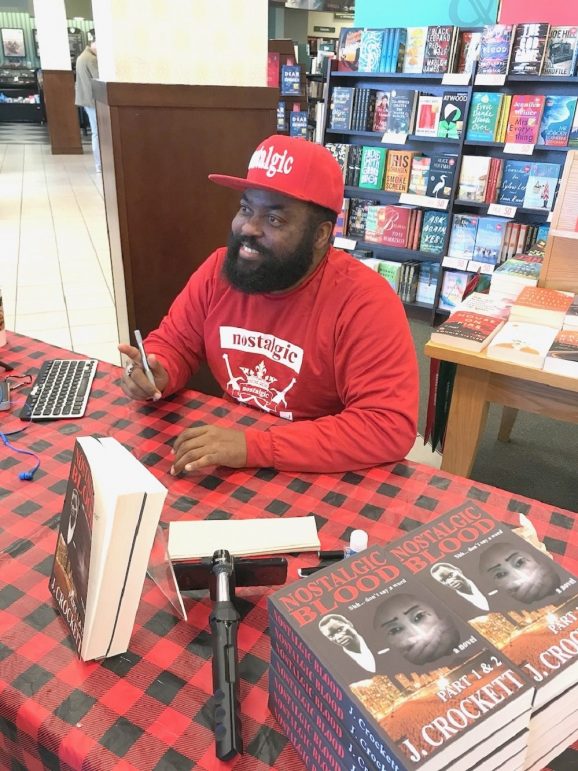 J. Crockett was the featured author at a Barnes & Noble book signing event held in Merced on Jan. 12. Crockett wrote Nostalgic Blood over a period of 20 years, intertwining his experiences in foreign countries when he was in the Navy with fictional characters.

A book signing event on Jan. 12 at Barnes & Noble, located at 1720 W. Olive Avenue in Merced, led many people to learn about an intriguing work of fiction, Nostalgic Blood, written by J. Crockett.

As customers were asking for Crockett’s autograph on their copies of his book, they were enjoying chatting with him and hearing how he joined the U.S. Navy at the age of 19.

Crockett told the Times, “When I was in the Navy as an Aviation Electrician from 1988 to 1994, I went to the Philippines, South Korea, Japan, Thailand and Desert Storm. When writing the book, I intertwined my experiences with some fictional characters.

“The story is about a kid who tries to come to America from Gambia, Africa, but gets on the wrong ship.  He ends up in South Korea and is adopted by Korean Americans.

“He later works for the North Koreans as an adult.

“The North Koreans want him to go back to Africa to do something. He doesn’t want to do it.

“Should he continue to work for the North Koreans or help his people?”

Crockett was inspired to become an author when in high school.

This story of this intense internal conflict has been years in the making. Crockett started writing the story 20 years ago as a hobby.

He told the Times, “In high school, my teacher told me I was a creative writer. I tried to find her to let her know I’m an author.”

Nostalgic Blood represents Parts 1 and 2 of the story, and when Crockett finishes writing Part 3, the work will become a trilogy.

Brews are flowing after Grand Opening of Tarmac taproom