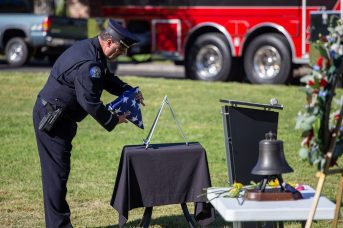 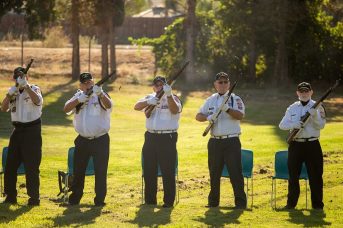 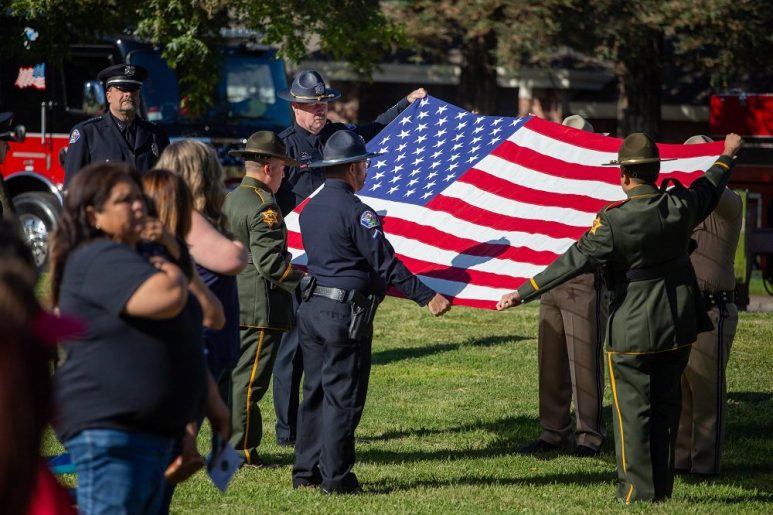 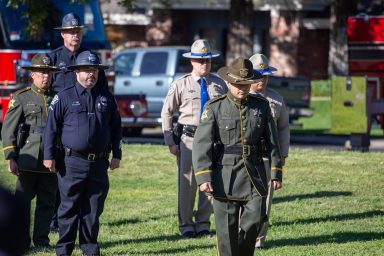 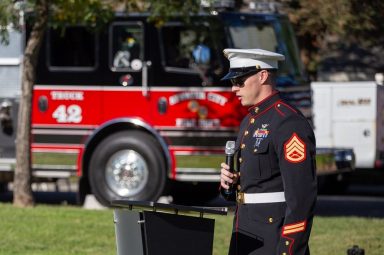 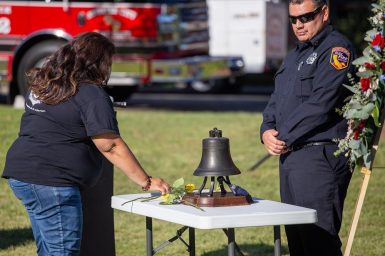 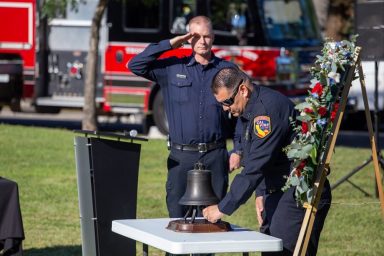 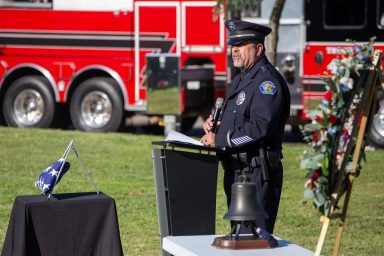 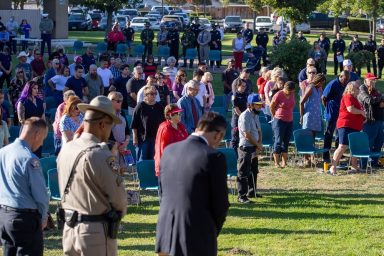 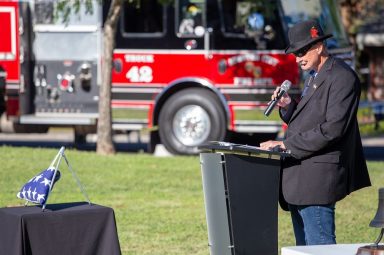 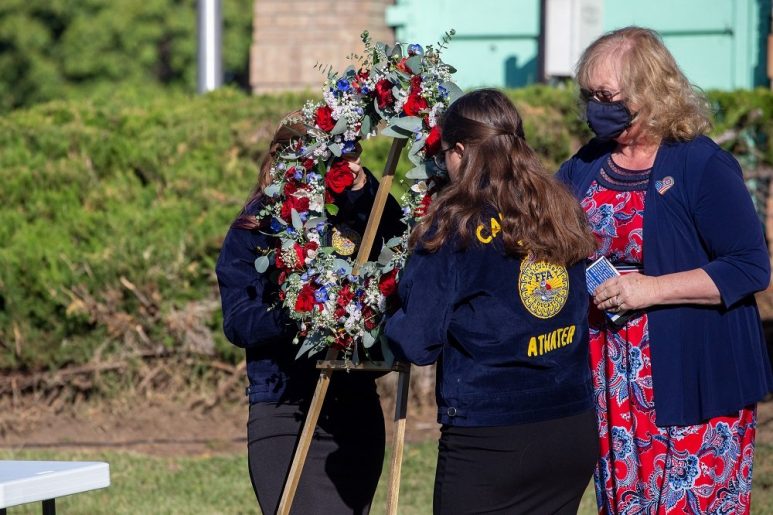 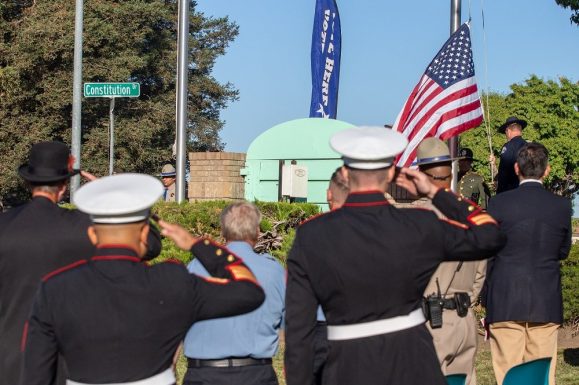 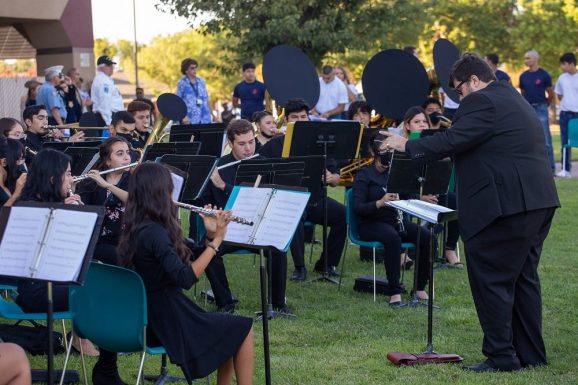 The City of Atwater’s National Day of Remembrance ceremony held on the grounds of the Atwater Community Center on the morning of Sept. 11 began with a Prelude by the Atwater High School Band, and then the Presentation of Colors by the Joint Honor Guard followed by the Pledge of Allegiance, the singing of the national anthem by Jordyn Allison, and an invocation by John Motz, Pastor of New Life Community Church.

Marking the 20-year anniversary of the tragedy with sadness, Pastor Motz asked the Lord for healing and unity, saying, “Father, we pray that you will protect us from further splintering, that we may find a sense of unity and a greater level of compassion and understanding for one another as we all seek to heal from the wounds that have been inflicted.”

Pastor Motz lifted in prayer all those who died in the Twin Towers, at the Pentagon, and in the fourth hijacked plane which crashed on a rural field in Shanksville, Pennsylvania.

He said, “We gather also to pray for those we lost in the days that followed these attacks, to recognize our shared grief, to come before you as our shared hope. God, we trust to You and to Your love and care all those we have put before you now.  We pray for You to console their family and friends and all those that mourn in the hope that all who trust in You will find peace and rest in your presence.

Describing his reaction that day starting with the first plane hitting the Twin Towers, Cale said, “When I think about that day, I think a lot about the people who died, the people that lived, and their family members, and it saddens me.  But I also think about that afternoon when leadership in the United States got together on the steps of the State Capitol building — Republicans, Democrats, and Independents alike — together and not across the aisle, and said, ‘God bless America.’  That was awesome to see.  They did the right thing.”

Following Cale’s speech and the recognition of those in attendance, a moment of silence was held.

During the ceremony, it was mentioned that the first plane hit the Towers at 9:03 a.m. and the final flight, where those on board heroically took matters into their hands, hit the ground just after 10 a.m.

The Ringing of the Bells honored the memory of those who died on 9-11.  Names of 35 local fallen heroes were read, including those in the military, law enforcement and CalFire.

Next was the firing of three volleys, playing of Taps, and the folding of the U.S. Flag.

The Benediction was given by Pastor Rich Miller of Victory Baptist Church.

After the ceremony, guests gathered indoors for refreshments, courtesy of Victory Baptist Church.