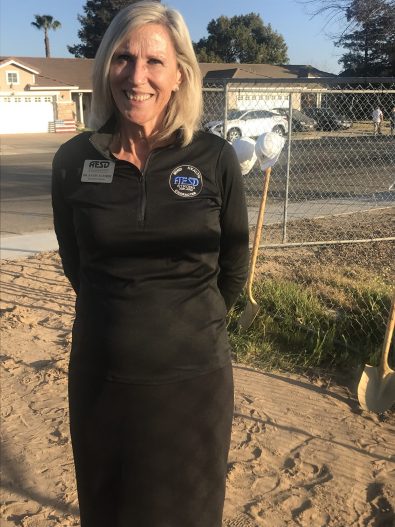 AESD Superintendent Sandra Schiber told the Times: ‘For Juniper Elementary, we will pull from Shaffer, Thomas Olaeta, and Elmer Wood, which are all impacted schools.’ 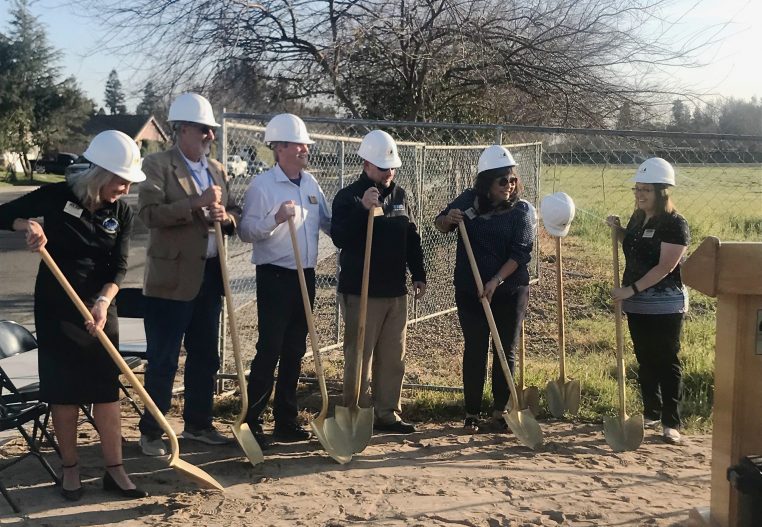 The Atwater Elementary School District celebrated the first step in construction of a 50,000 square foot Transitional Kindergarten through Sixth Grade school on a 10-acre site next to Joan Faul Park in Atwater with a groundbreaking ceremony at Juniper Avenue and Bridgewater Street.

Juniper Elementary, the ninth elementary, will be the first new school in the district since 1995 and is anticipated to open its doors during the second week of August in 2023. The school, which is the result of the passage in 2018 of a $20 million bond, Measure E, will have 25 classrooms (4 for TK/Kinder and 21 for grades 1 to 6), a multi-purpose building and offices for administrators.

Dr. Schiber introduced and thanked the Board of Trustees members and other local dignitaries, including two hard-working proponents of Measure E, Penny Weaver and Sylvia Nelson, and retired finance administrator Linda Levesque.

After the ceremony, Dr. Schiber told the Times the school is being built to alleviate overcrowding in the district and will pull from Shaffer, Thomas Olaeta, and Elmer Wood.

She envisions students walking to school from the neighborhood across the street.

She exclaimed, “It will primarily be a walking school.  What better place to build a school than next to beautiful Joan Faul Park!  Joan Faul has been such a friend who loves education and has made education her life.”

School Board President Jessica Reed, who has a son in eighth grade at Mitchell Senior and is a teacher in Delhi, spoke at the ceremony, and quoted Hazrat Khan, a Sufi teacher, as saying, “Some people look for a beautiful place, while others make a place beautiful.”

Reed exclaimed, “Our staff will make this place beautiful!  The kids and staff will be happy.”

Delworth told the Times, “We approved the site in early 2019.  As we were going through the bond process, the Board visited three properties we owned and others for sale, and this one felt like home.”

Describing the building schedule, he told the Times, “Mobilization on the site will begin February 21, and you will see construction trailers and heavy equipment brought in.  Grading will start at the beginning of March.  In July 2023, the majority of the construction will be completed, and by August 1, 2023, it will be fully done.”

The speedy construction is the result of an innovative decision.

Delworth said, “The pre-engineered buildings will be constructed off site, and they will come in pieces.  The cafeteria, assembly and multi-purpose facilities will be stick built.  This saves not only money but time as well, because they will do the offsite work while the onsite work is being done.”

The school district is responsible for the remaining $12 million needed for the $32 million project.

Delworth explained that at least 50% of the sub-contractors were chosen from the local area, something the Board felt was important.

Naming the builders, Delworth told the Times, “C. T. Brayton is the general contractor, the classroom construction contractor is Meehleis Modular, and our architect firm is Teter, LLP.”