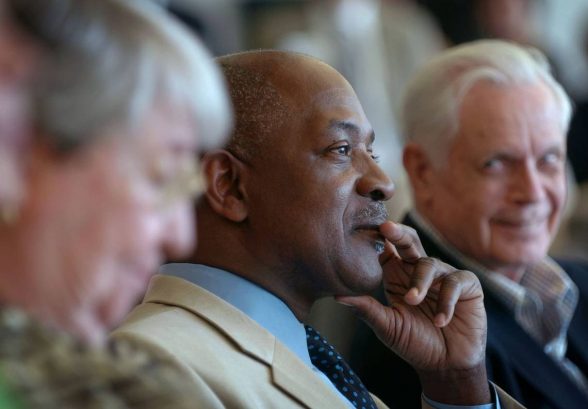 Dr. Charles J. Ogletree Jr. was the recipient of the 2006 Spendlove Prize at UC Merced. 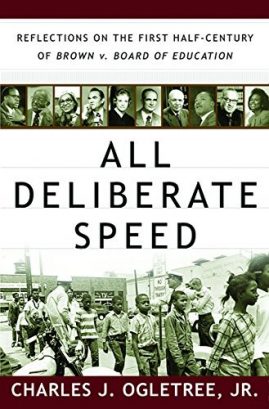 Dr. Charles Ogletree is the author of several books on legal topics, including ‘All Deliberate Speed,’ a 2004 book on race and affirmative action that blends his memoir, history and legal analysis.

“I am proud to partner with the NAACP to honor Dr. Ogletree and his incredible contributions to our national conversation around equality, race, and civil rights,” said Assemblyman Gray. “As we continue to grapple with racial bias in the criminal justice system, the renaming of our courthouse for Dr. Ogletree will be a fitting reminder both of his legacy in the legal profession and the lessons he spent his life promoting and teaching.”

From humble beginnings in his hometown of Merced, Dr. Ogletree went on to earn a Master’s Degree from Stanford and his Juris Doctor from Harvard before embarking on a prolific career focused on the advancement of civil rights, racial justice, and social tolerance. In addition to his influential writings as a legal scholar, Dr. Ogletree inspired generations of law students as a professor at Harvard, including former President and First Lady Barack and Michelle Obama. As a public defender and civil rights attorney, Dr. Ogletree notably represented survivors of the 1921 Tulsa Race Massacre and acted as legal counsel to Professor Anita Hill during the Clarence Thomas Senate confirmation hearings. Dr. Ogltree received countless prestigious awards throughout his career including being named one of the 100 Most Influential Lawyers in America by the National Law Journal. Both Harvard Law School and UC Merced have established endowed positions named in his honor.

On behalf of her husband and family, Pamela Ogletree said “We cannot think of a more fitting way to honor Charles’ extraordinary career and contributions to the legal profession and civil rights than with this amazing accolade. The impact Charles’ humble beginnings in Merced had on his life and career cannot be overstated. His deep gratitude to the community that nurtured him, more than anything else, compelled him to pursue a life of service. His deeply held belief is that his accomplishments would not have been possible without the love, support, and mentorship he received while growing up in Merced, California.”

“Professor Ogletree is highly revered not just by the African American community of Merced, but by the entire community of Merced,” said Allen Brooks, President of the Merced County NAACP. “Early in life he demonstrated perseverance, tenacity, with a strong desire to learn, educate others, provide leadership, and an insatiable commitment to excellence. It all began right here in Merced with Merced High School as a launching pad when he became the first Black High School President. While he moved from Merced we know he kept Merced in his heart and mind, providing Scholarships for youth, and making himself available when assistance was needed.”

Unlike many of California’s 58 county courthouses, Merced County’s does not bear a name. The courthouse is a modern, award-winning 3-story building completed in 2007 at a cost of $19.7 million at 2260 N Street. The State’s Courthouse Naming Policy generally restricts the naming of courthouses to either their physical location or in honor of a deceased person which prompted Assemblyman Gray to introduce a bill to create this exemption.

“Dr. Ogletree spent his entire career challenging rules and policies that were unjust,” said Assemblyman Gray. “It is only fitting that we have to bend the rules here to bestow on him this honor.”