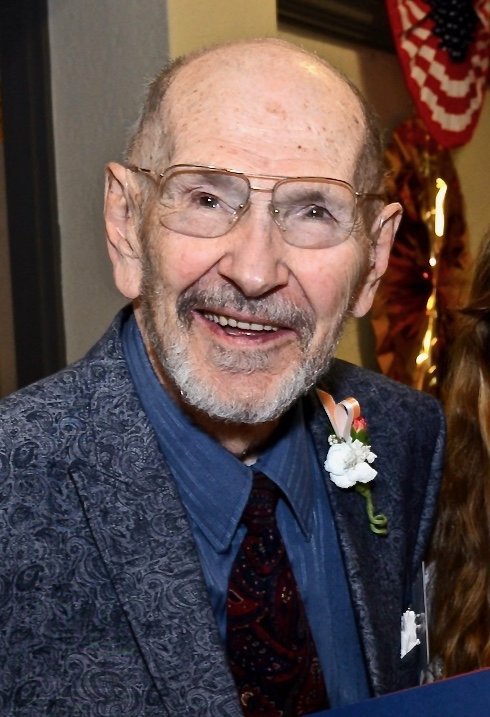 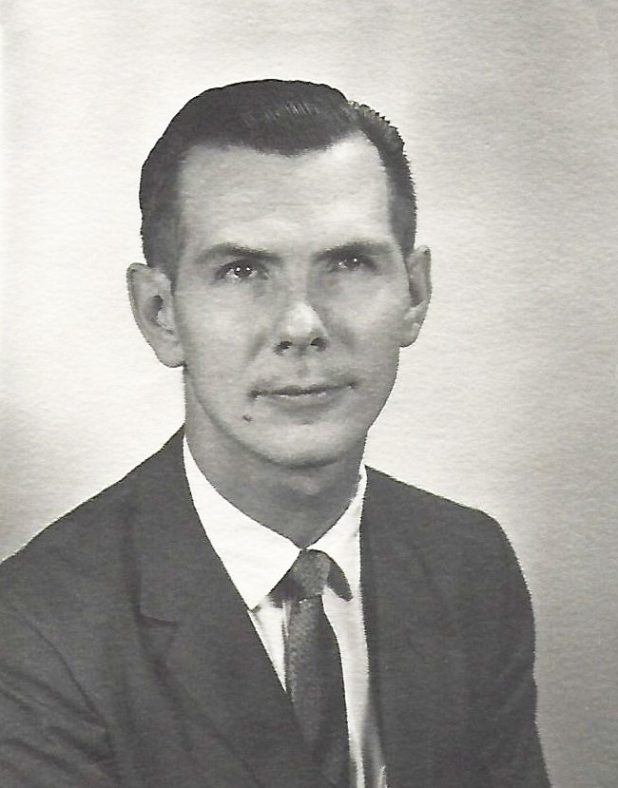 Allan Schell as a young dad.

Allan Schell, city manager of Merced from December 1968 to June 1983, passed away on Aug. 23, in Emanuel Hospital of Turlock after a short illness.

Schell was born in Chicago, Illinois, the only child of Anthony Albert Scheleski and Erna Krull Schell.

He had a long and varied career in public management. His interest in public affairs started while still in grammar school. His first participation started with a school project cleaning up areas around the Burly Elementary School, just steps from home.

He was eligible to be valedictorian of the 8th grade class — but chose to be “mayor” instead.

Since his youth, he was a collector of butterflies from all over the world. For many years, his collection was larger than some located in museums. Schell was the neighborhood Marble Champion. He took second place in the city tournament while still in grammar school. He honed his skills by practicing on the carpet in his family home. In his neighborhood, he regularly won all the marbles from his friends and sold them back for a nickle a bag. He also learned tap dancing as a child.

At Lakeview High School, he lettered in track, belonged to several clubs, contributed as a columnist for the Lake Review, and ran for class president. He was also a member of the French Club and served as an officer in the school HIWY.

He met his wife Carol Iris Doughten at Drake University and married in 1949.

Schell graduated from Drake University of Des Moines Iowa in 1951 with a BA in Political Science and Economics and received a full scholarship to University of Pennsylvania Fels Institute of local and state government. During his time in Philadelphia, he worked for the Institute’s Governmental Research Department, and did a position classification study for PSA for the whole city of Philadelphia. Then he was on staff for the deputy fore chief to update the entire department’s operational manual.

After finishing the Fels Institute, Schell was selected for a one-year internship with the city of Phoenix, Arizona. From there, he was hired by the City of Oak Park, Illinois, as assistant to the finance director in 1954. Next was a move to Hayward, California, where he was administrative assistant to the city manager, being responsible for several annexations.

Schell was first appointed to his first city manager job in Lavern, California in 1959 at the age of 29, the youngest manager in the nation at that time.

From there, he became city manager in Roseville, California, where he annex the SP railroad yard, the largest operation of its kind west of the Mississippi. Local politics forced Schell to resign, and he subsequently was offered the position in Merced, where he served 13 1/2 years before retiring.

He loved being a city manager, and he loved every city where he served. He was proud of all the things that were accomplished with the help of excellent staffs. All in all, it was a very rewarding profession. He would periodically tour the cities, and if he saw anything out of place or needed fixing, he would have the appropriate department take care of it immediately if possible. He saw a number of weedy small plots of land that belonged to the city, and turned them into mini parks.

He also started the bus system by implementing the Dial a Ride, which eventually morphed into The Bus. Another improvement was the extension of the bike trails.

One of his proudest accomplishments was the purchase of the water system, which lowered water rates and taxes for his fellow citizens. Schell did other projects too numerous to mention.

Merced was always solvent during his time as manager, and the city also had an emergency reserve.

During his tenure, Schell was an adjunct professor at Golden Gate University of San Fransisco. He taught government classes at Castle Air Force Base for several years.

He belonged to ICMA, a professional organization, and was appointed to the Ethic Committee of the League of California Cities. He was a secretary and treasurer of the League’s Valley division. He also belonged to the Rotary Club for many years, and for a time was a board member of Love, Inc.

Schell retired in 1983 after 13 1/2 years as city manager, but he was not done working. He was executive officer of MCAG for nine months, and also interim city manager for Angels Camp, Newman and Firebaugh.

Throughout the years, Schell enjoyed sailing at Lake Yosemite. He also enjoyed playing basketball, bridge, board games, and especially gardening. After he came to Merced, Schell became an avid gardener. He particularly liked “volunteer” plants. After retirement, he devoted more time in the garden, growing a large variety. His favorites were irises, chrysanthemums and gardenias. He also had an an extensive collection of butterflies.

The Old Timers Association of Merced County inducted Schell and his wife Carol into their group as “Pioneers” in April, 2019. In order to be a member, you had to be a resident for 50 years and be at least 85 years old.

Schell and his family are long time members for First Baptist Church of Merced where he served on the Board of Administration, deacon, member of the Missions Committee, ushered, Leader of a Life group and choir member. As a longtime Christian, Schell loved that all five of his children are Christians.

Memorial services will be held at First Baptist Church of Merced, 500 Buena Vista, Merced, on Sept. 14 at 11 a.m.