Lance Armstrong and others to join in the celebration 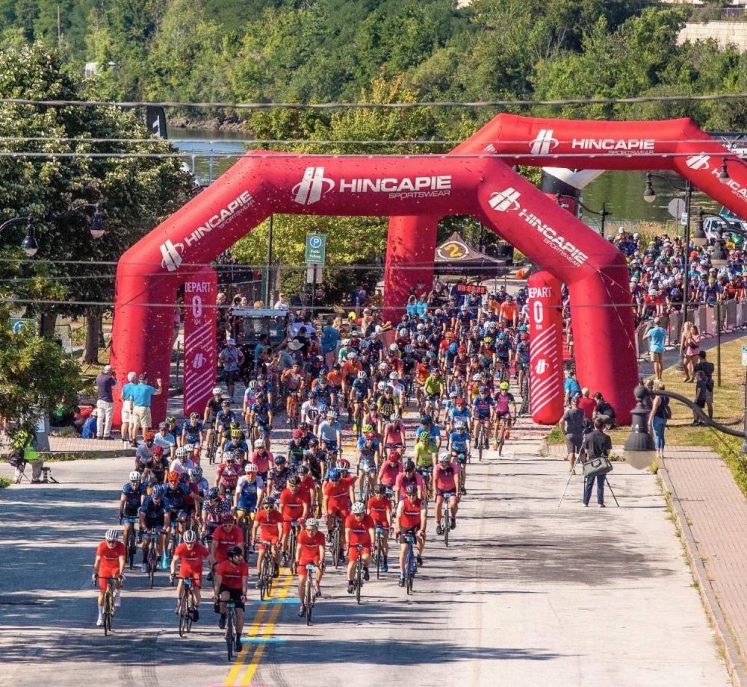 Organizers predict up to 2,000 cyclists will show up in Merced for the Hincapie experience. 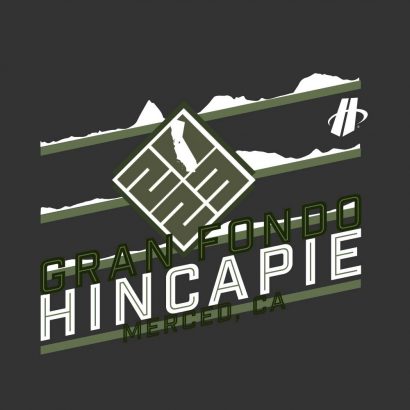 The logo for the Merced edition of the Gran Fondo Hincapie. 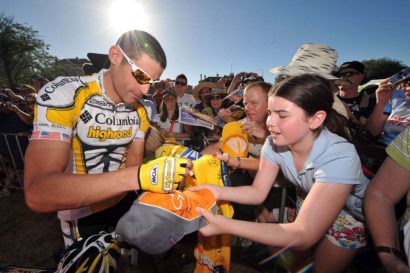 For more than 20 years, Merced was on the cycling world map thanks to events such as the annual MERCO Cycling Classic. There was even a racing stage that started here during the Tour of California in 2009.

But the Cycling Classic ended a decade ago, and the chance of a future tour stop is unlikely because the statewide event has been on hiatus since the pandemic started.

All this is changing, however, on March 18.

That’s when the Gran Fondo Hincapie — a national cycling series and celebration that is expected to draw international attention — comes to town as part of its expansion to California and the West Coast.

The Hincapie is billed as “the ultimate cycling experience” that includes a multi-day cycling celebration with carefully-planned scenic routes, live tracking and streaming, course timing with awards at the end, music performances and dinner parties, and a free family-oriented festival. It started in 2012 in Greenville, SC, by the Hincapie family, including cycling racing giant George Hincapie himself. Today the annual event has grown to include Bangor, ME; Lehigh Valley, PA; Chattanooga,TN; and now the fifth location, Merced, CA.

Over the years, the Hincapie series has become known for attracting thousands of cycling pros from around the world, celebrities such as actors Patrick Dempsey and Matthew McConaughey, and country singer Luke Bryan, along with weekend warriors and first-time riders.

For the Merced event, the Hincapie team is promising cycling participants “a true gravel cycling experience through the open grasslands of California’s Central Valley.”

The “epic adventure” will offer cyclists two courses with the longest one being around 91 miles on mostly dirt roads. Both rides will start and finish in Merced. Cyclists are expected to ride from downtown Merced on N Street, past the Courthouse, on to M Street, and then to Bear Creek, all the way out to Waltz Road where the real off-road experience starts. It’s going to be an endurance test as riders navigate through gravel and dirt, and steep climbs over 20 percent grade hills, from the historic town of Hornitos to the Bear Valley area, and back again.

“We are pretty fortunate to have all this happening in Merced,” says Doug Fluetsch, the local cycling event director. “It’s going to be a big weekend. And it’s going to put Merced back on the map.”

It’s no surprise to learn that Fluetsch is heavily involved in this new cycling series coming to Merced.

Fluetsch was the founder of the McLane-Pacific Bike Race in Merced in 1993, and that event eventually turned into the MERCO Cycling Classic. After taking a nice long break after the Cycling Classic ended, Fluetsch spent the past year working on this new venture with the Hincapie team. He even helped the experts explore the back roads in the region and design parts of the course.

The event director expects Merced to thoroughly enjoy this “Gran Fondo” that’s coming to town, even though many may not grasp, at least at first, the enormity and significance of it all.

He says it’s possible that some 2,000 cyclists will show up for this first-ever Hincapie event on the West Coast.

“If that happens, I guarantee you that every hotel room in Merced will be booked, and the demand for rooms will spill over to Atwater, Turlock, Chowchilla and Madera,” Fluetsch says.

And some of the riders who will visit this area are not just enthusiasts, but pros who have competed and made names for themselves around the world, including at the Tour de France.

On the Friday before the Saturday ride, Lance Armstrong will not only visit Merced, but he is expected to host his popular THEMOVE podcast on WEDŪ at the Mainzer Theatre. Fellow cycling legend George Hincapie will be there too. Tickets will be available for the podcast that is expected to get views from all over the world, according to Fluetsch, and for those outside the Mainzer, the podcast will be shown on a jumbotron screen.

The event director is also convinced some big named celebrities are sure to show up in Merced for the big event.

Also Friday night, a band (yet to be named) will perform music live, and for free, in front of the Tioga building.

“The El Capitan Hotel and the Mainzer are heavily involved in the festivities, and the Tioga-Sequoia Brewing Company is expected to open in January, and this should be their first big deal,” Fluetsch says.

Besides the Hincapie cycling on Saturday, there will be a community festival that extends from Main Street toward the starting line at 19th and N streets. A 15-mile family ride through town is also planned.

Those cyclists who register and participate in the Gran Fondo Hincapie ride will be treated to a high-end experience on and off the course, including live music at rest areas, a big celebration dinner, and an afterparty on Saturday night.

Fluetsch said about 30 local businesses have helped out financially to bring the Grand Fondo to town, and some $50,000 has been raised to help cover the City of Merced’s expenses for the event to take place.

Fluetsch adds that he expects the Gran Fondo Hincapie to become an annual event as a new part of the entire national series. That could mean upwards of $1 million in direct economic impact annually, and not to mention, a bright positive light shining on Merced.

“People around the globe are going to see things like the old Ghirardelli Chocolate Company building in Hornitos, and images of the Merced River, and the nearby foothills,” Fluetsch says. “This is what they do. They put on huge cycling parties, and they bring with them a lot of publicity, and well-known names.”

Rich and George Hincapie began cycling as young boys, and while George went on to pursue cycling as a career, Rich headed to business school while still competing as an elite-level amateur cyclist. In 2002, Rich founded Hincapie Sportswear, with South Carolina’s Assaults on Mt. Mitchell and Marion as his first customer.

With the apparel business successfully running, Rich began to think broader about all that the high-end cycling experience encompasses—from gourmet food to upscale lodging, guided rides to weekend races, and everything in between. This exploration led to a series of projects, all of which have become businesses of their own under the Hincapie brand.

The ultimate illustration of the high-end cycling experience is the Gran Fondo Hincapie series, begun in 2012 in Greenville, S.C., and now expanded to a series with rides in Chattanooga, Boise, and Fort Worth. Also in 2012, the Hincapie brothers began their own development racing team, which has now grown to a Continental team with numerous titles and a renowned reputation. In 2013, Hotel Domestique and Restaurant 17 opened—a realization of George’s dream to recreate some of the experiences he had while racing in Europe. And in 2017, the brothers began the Hincapie Cycling Society in order to further encourage others to get into cycling.

The ideas continue, and we cannot predict what business will be next for the Hincapie brand. We can, however, guarantee that with each new venture, there is one constant: a true love and appreciation for the sport that’s made us who we are today.

He defined the term domestique, making a name for himself by serving his teammates and putting their needs above his own.

George began racing as a young boy, winning 10 junior national titles and two world medals prior to joining the professional ranks. The following 19 years brought victories in a record 17 Ronde van Vlaanderen races and a second-place finish at the grueling Paris-Roubaix, which was the best placement of any American. George also competed 17 times in the Tour de France and won three U.S. National Road Race championships.

In 2012, George retired from the professional racing circuit, but he continues to be directly involved in product development and testing for the sportswear company, as well as an integral leader for the pro cycling team.