A neighbor of Merced County Supervisor Lloyd Pareira thought he found something cool on a country home property in Merced Falls near Snelling.

It was a golden Merced Fire Department badge with the date May 12, 1916 on the back of it. There also was a name: “Frank R. Freetas.”

Pareira and his friend agreed that it would be a good idea to try and find a family member who was related to the badge’s owner.

But where do they start?

“I didn’t realize that in 1916, the county didn’t even have an organized fire department,” Pareira said.

Pareira took the badge to County’s public information officer, Mike North, who in turn, brought it to Sarah Lim, a historian and director of the Merced County Courthouse Museum.

“It was an incredible artifact,” Lim said about first seeing the badge, “but when I looked at the name on the back, and saw the name “Freetas,” it didn’t make sense. I knew the name must have been misspelled.”

Lim started research through the musuem’s archives, online census resources, and the archived minutes from the Merced City Fire Department.

She was able to determine that the badge belonged to Frank Freitas, a volunteer fireman, and a member of the family who owned the Freitas & Freitas grocery stores in the region, including Merced and Atwater.

After tracing the family lineage and “putting the pieces together,” Lim realized Frank Freitas was the great grandfather of somebody she knew — Kory Billings of Atwater.

Billings is a local Realtor who supports many community groups, including the Merced County Historical Society. He had talked before about his great, grandfather being a firefighter “way back when.”

Billings told the Times his stepfather was Lex Freitas, and his grandfather was Milton Freitas, who would have been about 8 months old when his great grandfather Frank Freitas received the badge.

During a ceremony at the Merced County Administration Building, Supervisor Pareira described Billings as “a giver to the community … so it is really neat to bless him with something.”

Billings said his family, including his mother Connie Freitas, are excited to have the badge back in the family. However, he added that they would make the artifact available if needed for future related museum exhibitions.

“My family is very excited to be here and be a part of Merced history,” he told those gathered at the ceremony, including local fire department officials, and city and county staff members.

Billings was also accompanied by his family, including his wife, Amie Marchini, 11-year-old daughter, Hallie, and son, 4-year-old Hudson. 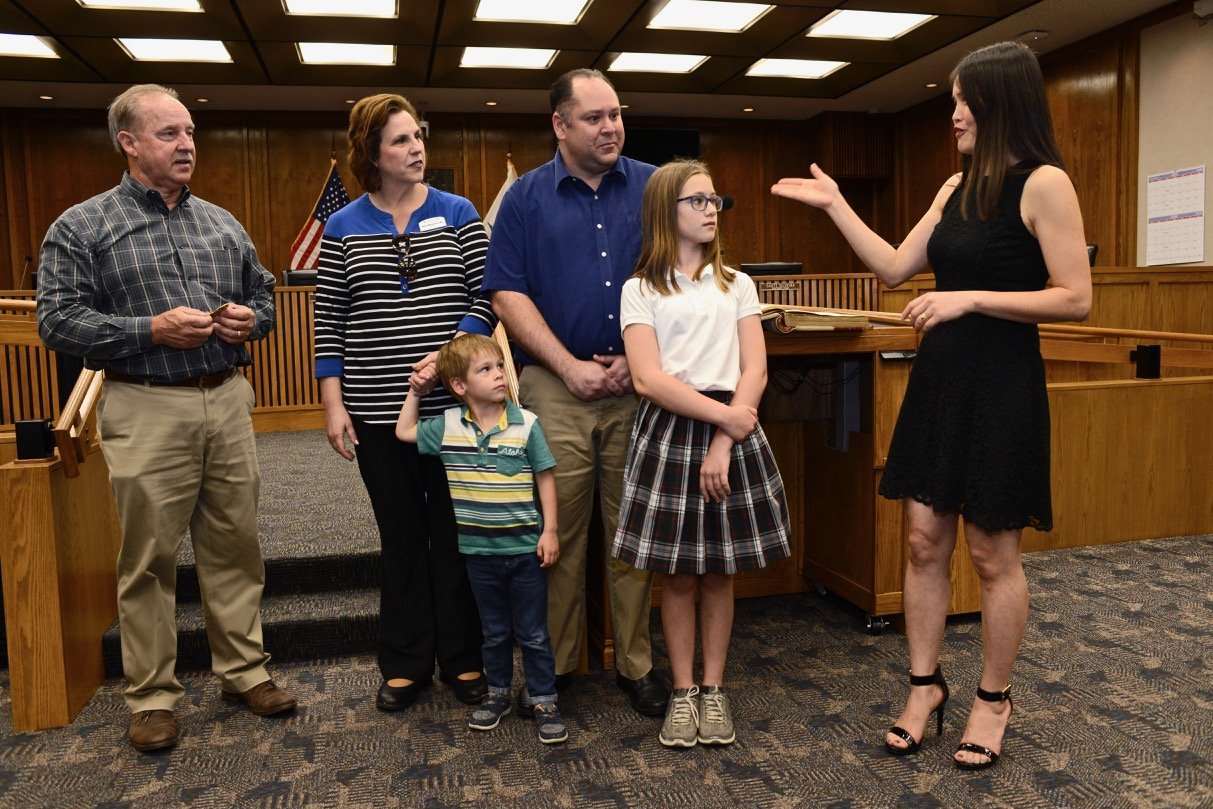 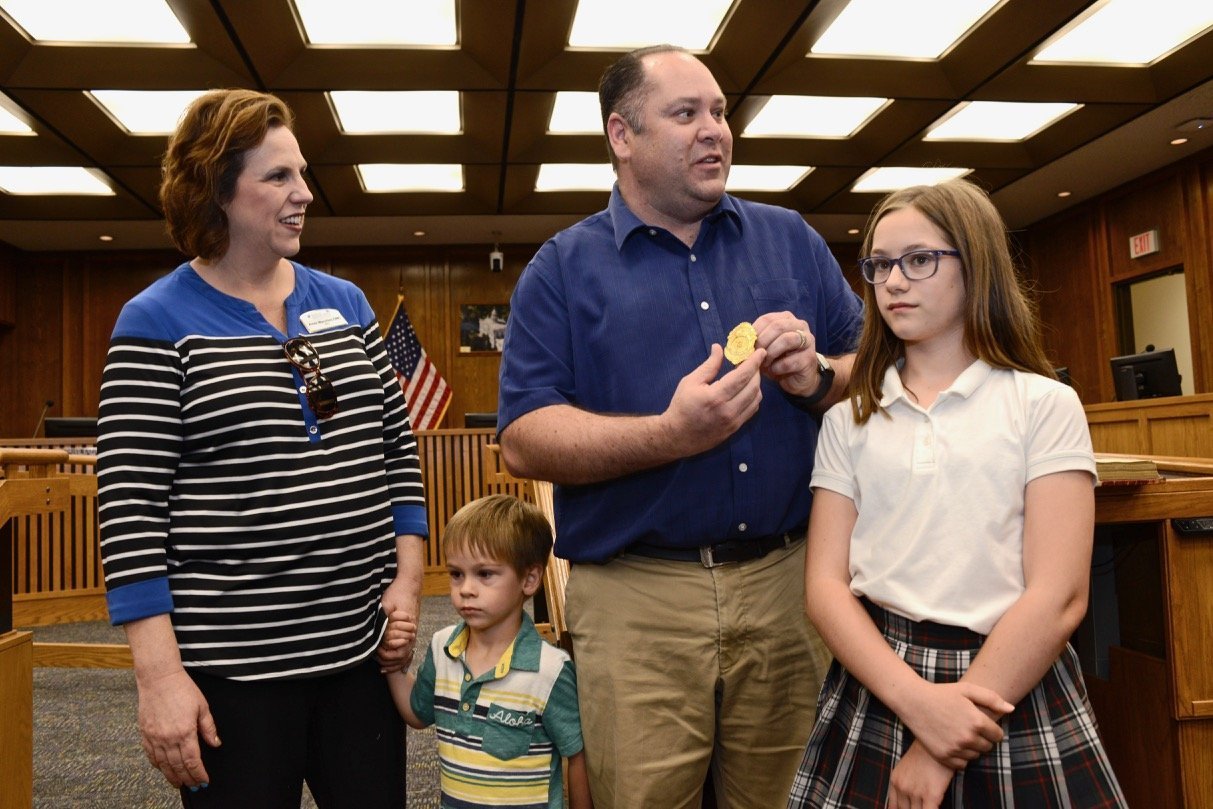 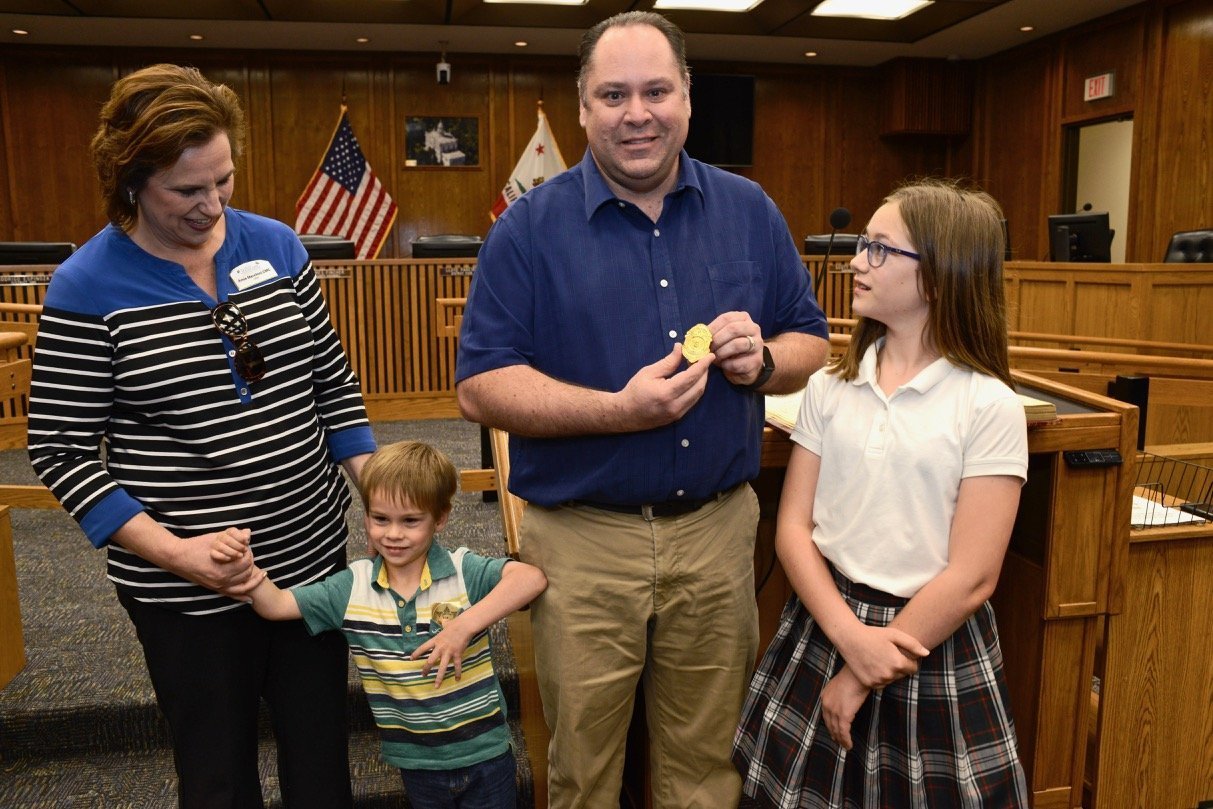 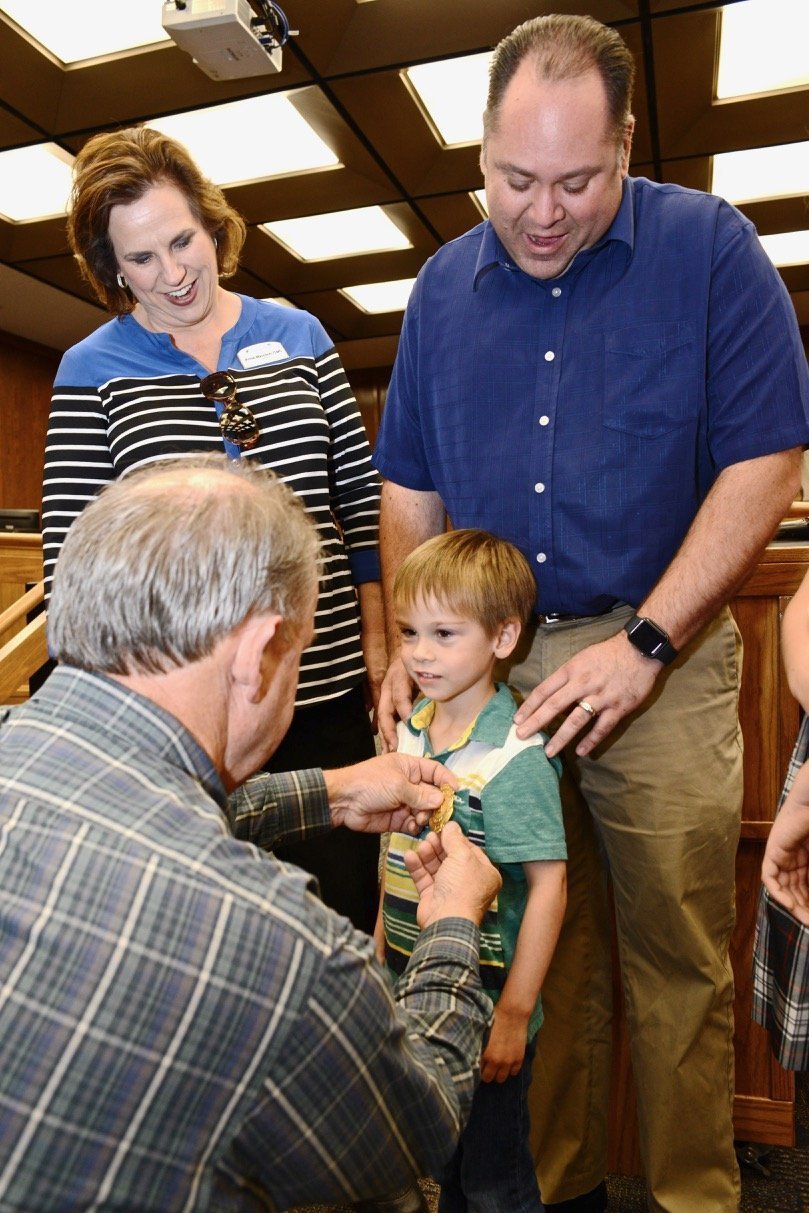 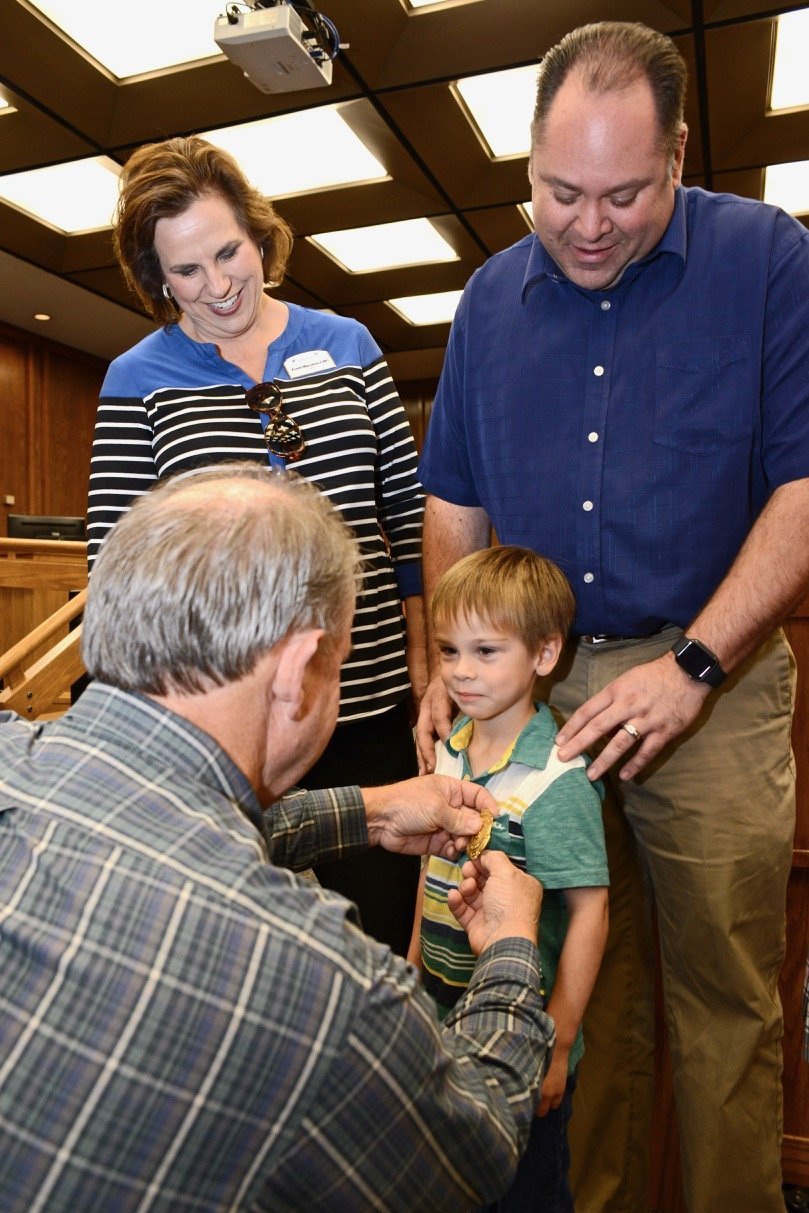 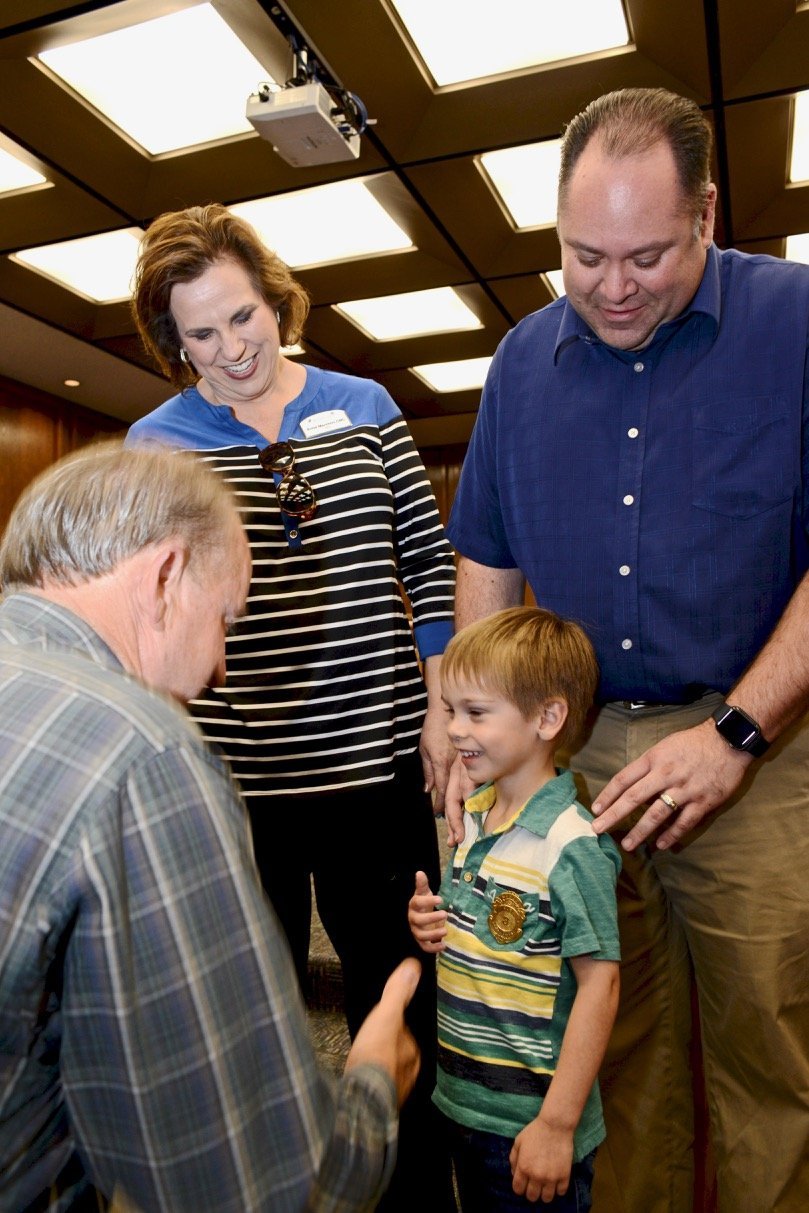 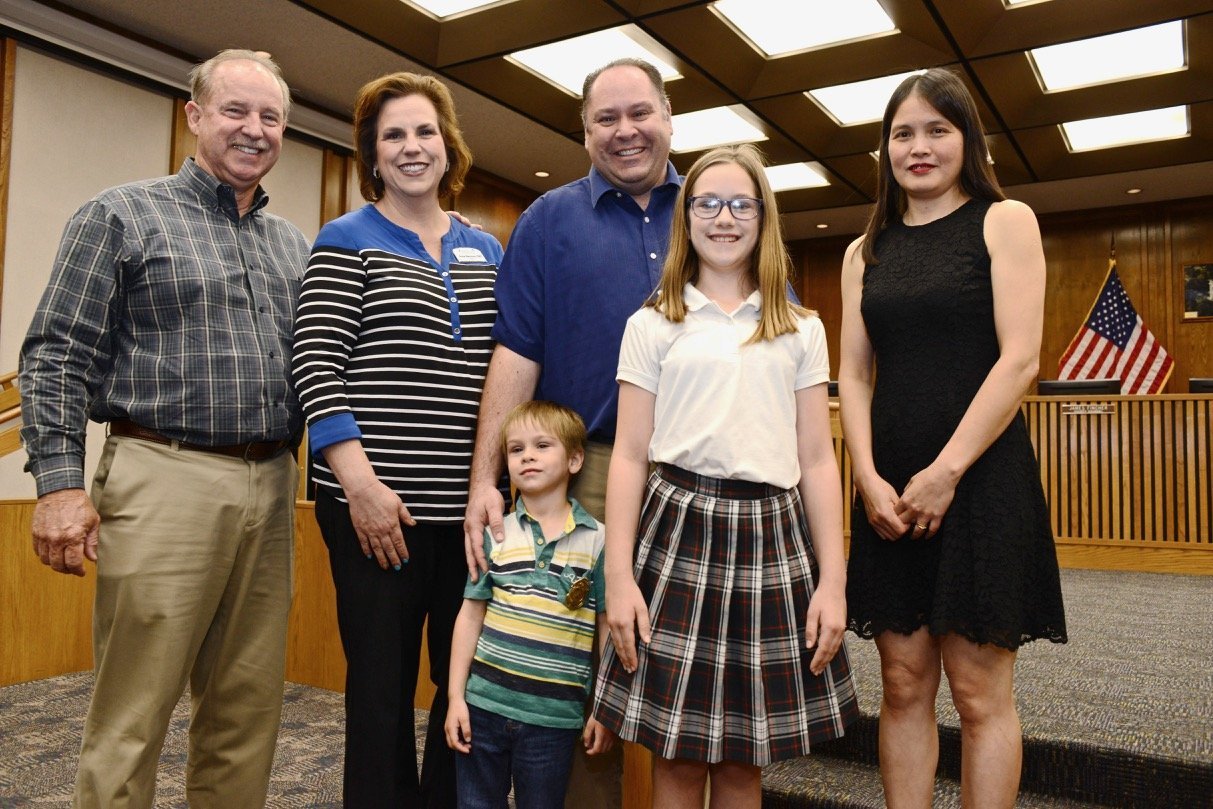 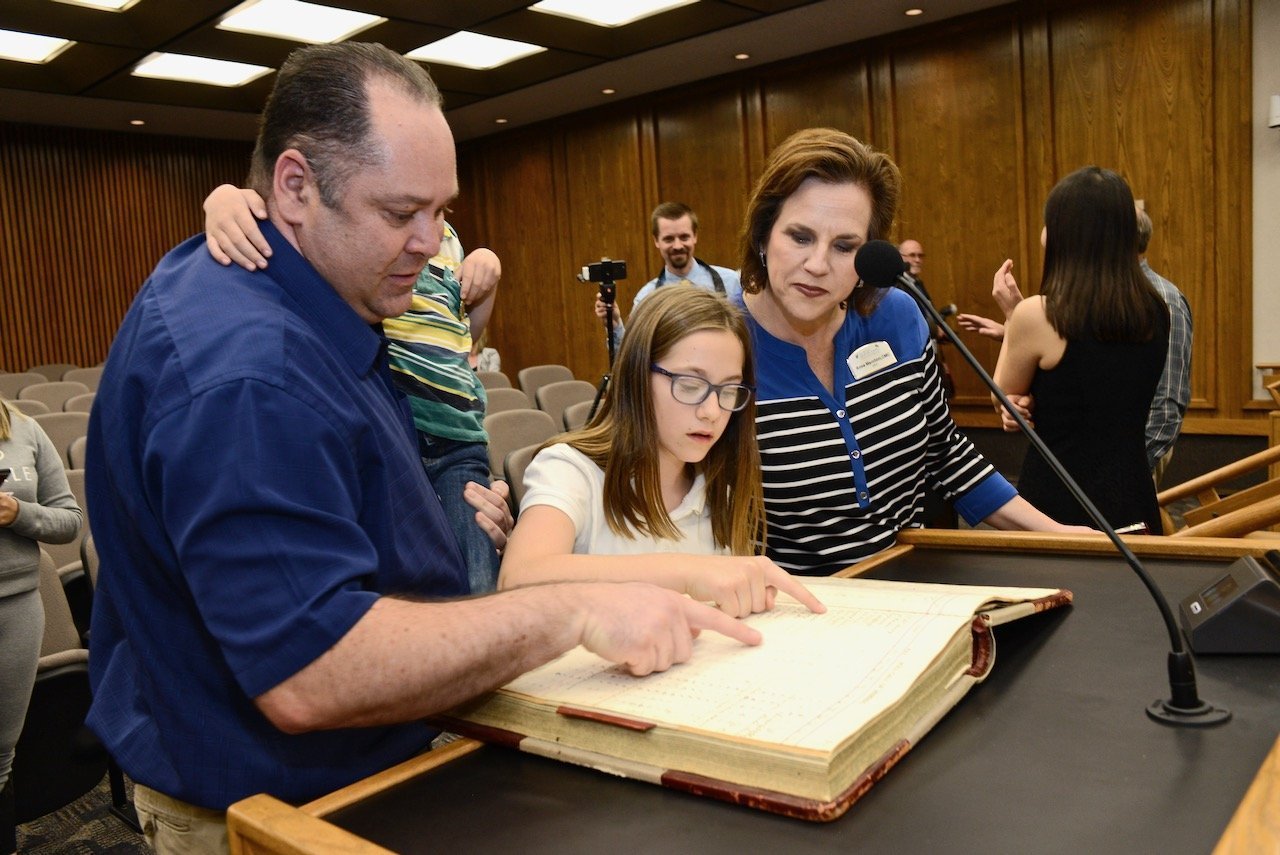 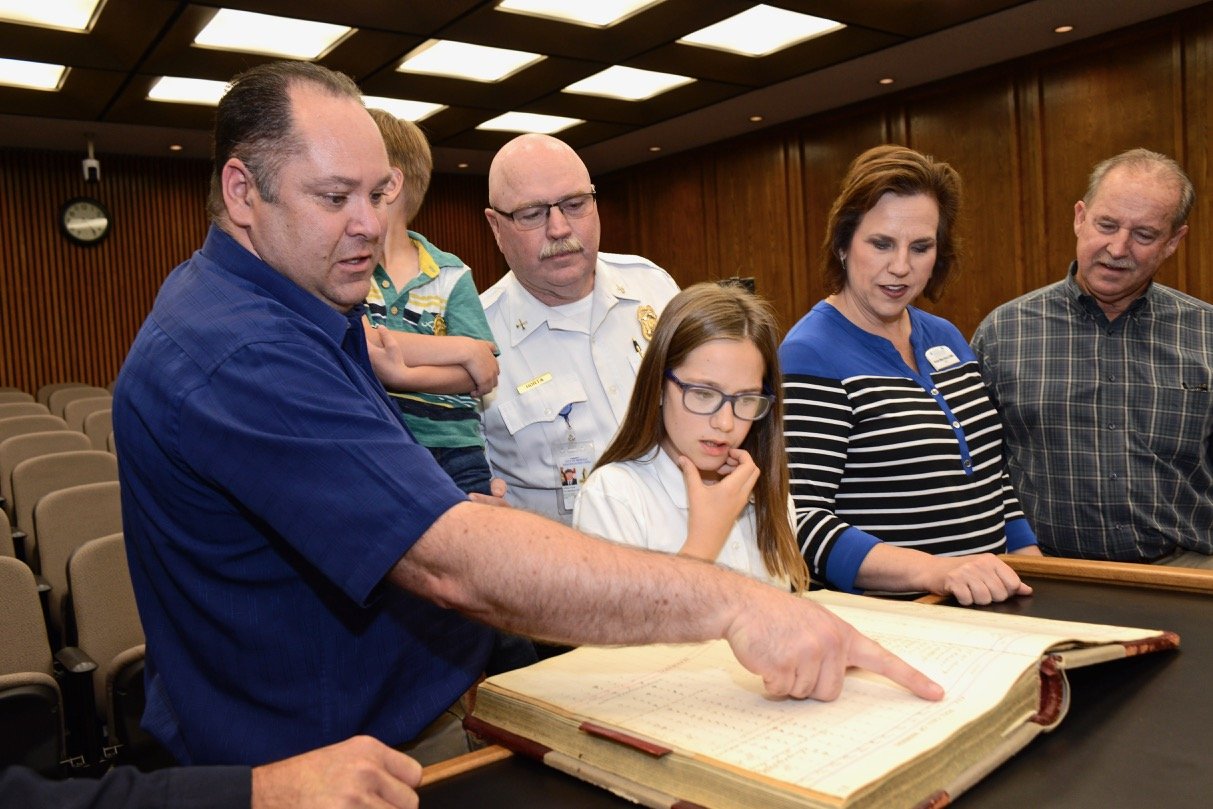 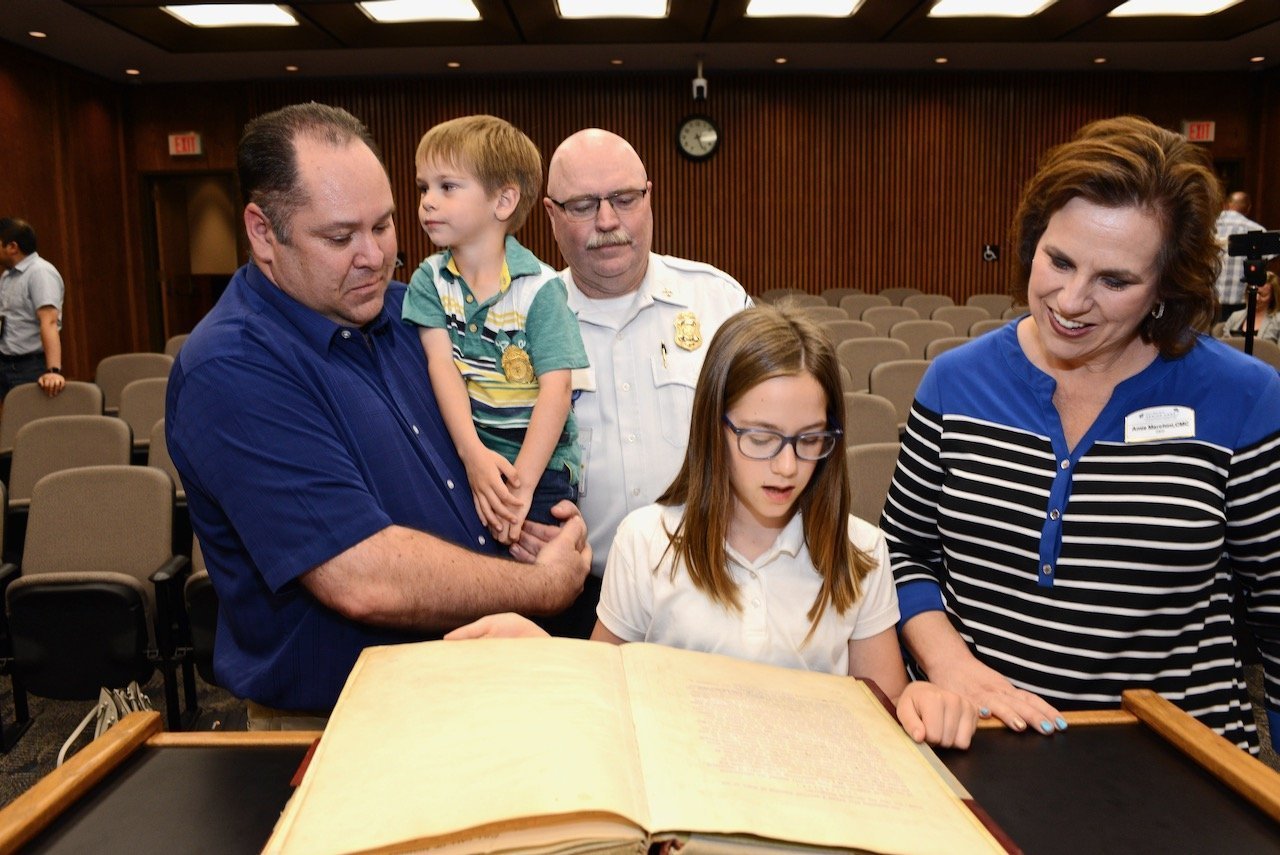 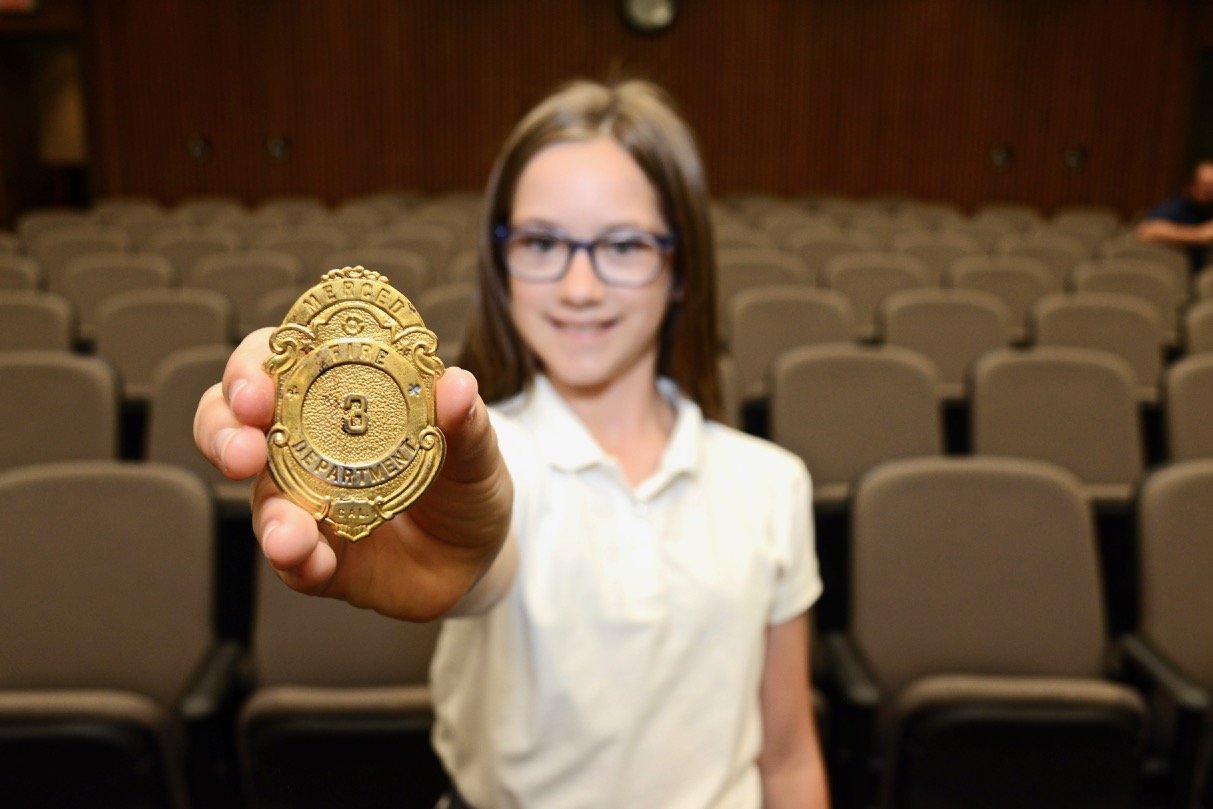 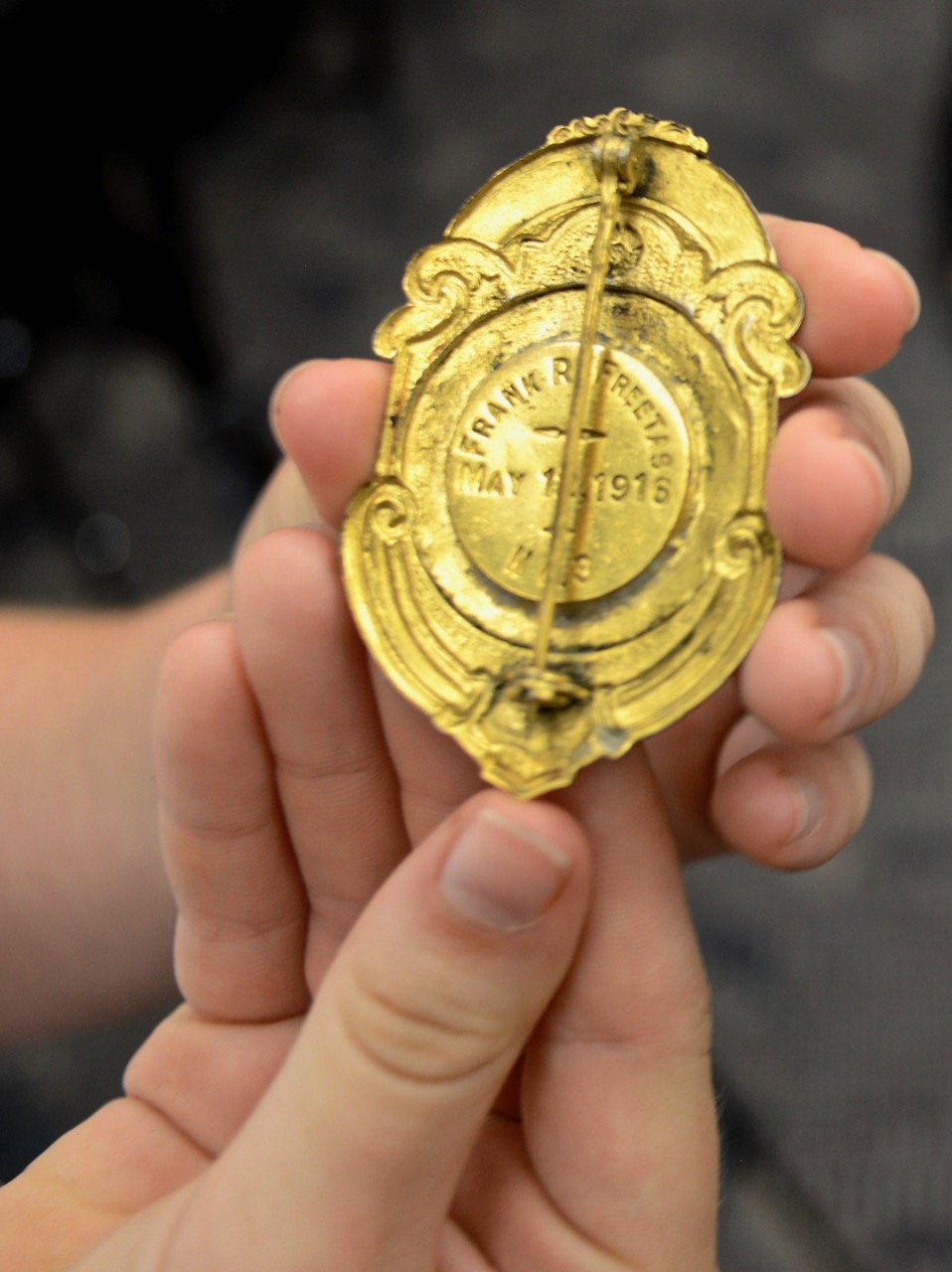